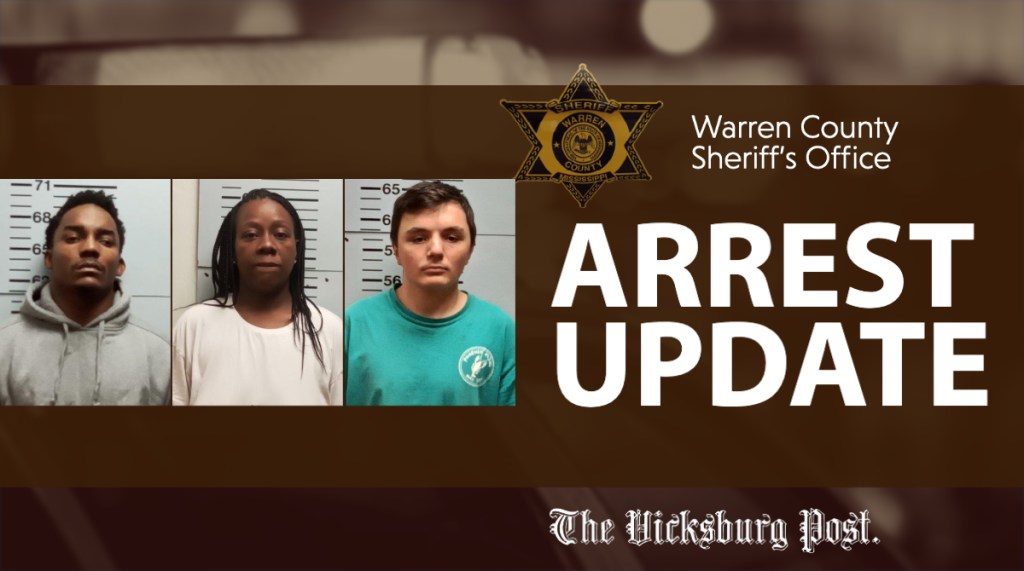 On Oct. 6, the Warren County Sheriff’s Office began an investigation involving the statutory rape of a child under 14.

Just before 8:30 a.m. on Oct. 26, sheriff’s deputies arrested Devonte Jamel Allen, 26, of Vicksburg, and charged him with statutory rape.

Alisha Price, 34, of Vicksburg, was charged with hindering prosecution. She is accused of harboring Allen and giving misleading information when law enforcement officers arrived with a warrant for Allen’s arrest.

“If you give faulty information to a law enforcement officer in Warren County, you will be arrested,” Sheriff Martin Pace said.

Both Allen and Price had their initial appearances before Judge Jeff Crevitt. Allen’s bond was set at $50,000. As of Friday, he had not bonded out. Price’s bond was set at $15,000 and she did bond out. Both cases are returnable to the January term of the Warren County Grand Jury.

In another case, sheriff’s investigators began investigating the molestation of a child under 12 on Oct. 14.

Arrested pursuant to that investigation was Justin Melzer, 19, of Warren County. He has been charged with child molestation. Melzer appeared before Judge Jeff Crevitt and received a bond of $75,000. This case is also returnable to the January term of the Warren County Grand Jury.