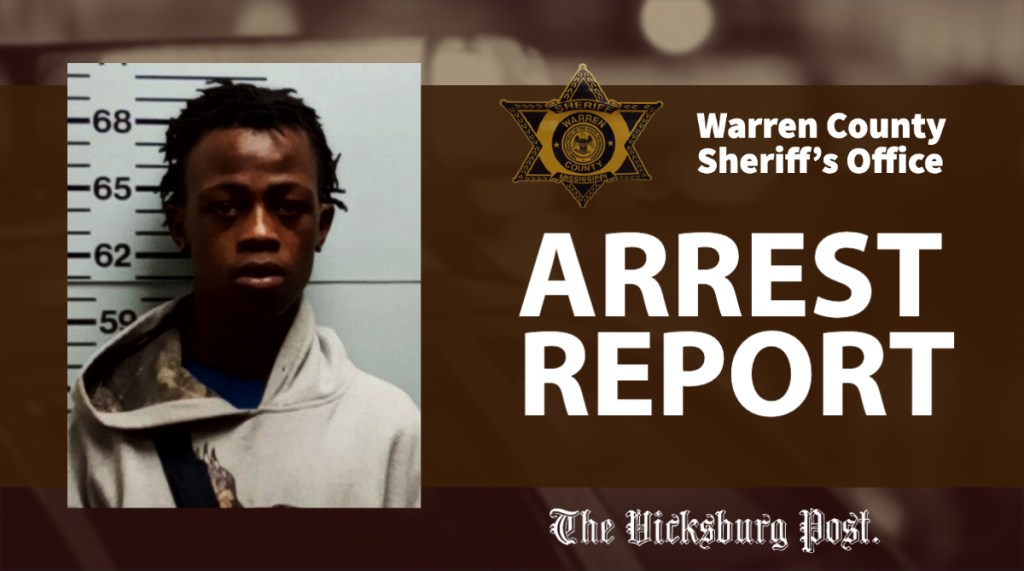 A second arrest has been made in connection to a series of carjackings in the Jackson, Warren County and Vicksburg areas.

Xavier Earl Pittman, 15, of Jackson, is charged with armed carjacking and conspiracy to receive or possess stolen property, according to the Warren County Sheriff’s Office.

Pittman surrendered at the Vicksburg Police Department on Oct. 24 with his attorney, and the Sheriff’s office filed charges against him on Oct. 27. Pittman is expected to face charges in the city of Jackson and in Vicksburg, in addition to Warren County.

According to Sheriff Martin Pace, Pittman was allegedly involved in a carjacking spree that began at midnight on Oct. 24 at Jackson State University with the theft of a Dodge Charger. Pittman and his cohorts then traveled west in the stolen Charger to Vicksburg, where they stole a Toyota 4Runner.

The parties were traveling back to Jackson with both stolen cars when they rear-ended an 18-wheeler near the Flowers exit on Interstate 20, according to sheriff’s office reports. One vehicle hit the 18-wheeler, spun into the neighboring lane on I-20 eastbound, and hit the other vehicle.

Jackson police later recovered the pickup in Jackson while the stolen Charger and 4Runner were at the scene of the wreck. The injured person was transported to an area hospital and could face charges in Warren County.

According to Pace, the conspiracy charge against Pittman is related to him conspiring to possess a stolen vehicle in Warren County. The armed carjacking charge is related to the theft of the Toyota 4Runner.

Pittman was denied bond by Judge Jeff Crevitt, and his case is returnable to the January term of the Warren County Grand Jury.

This case is still under investigation.