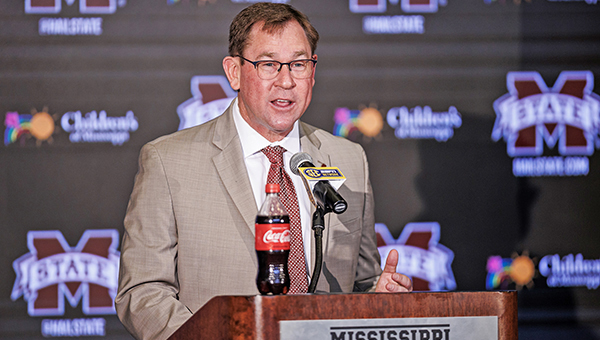 AUBURN, Ala. — John Cohen has officially traded maroon and white for blue and orange.

Hours after he resigned as Mississippi State’s athletics director, Auburn announced that it has hired Cohen to head up its athletics department. News that Auburn was in talks with Cohen surfaced Saturday, but it wasn’t made official until Monday evening.

“I’m extremely grateful to (Auburn University president Chris) Roberts for the opportunity to be the next director of athletics at Auburn University,” Cohen said in a statement. “Auburn is an incredibly special place as is demonstrated by the hall of fame coaches and athletes that have been a part of its storied history. I understand the traditions and values at Auburn and look forward to continuing those traditions. I’m humbled and honored to be joining the Auburn family.”

Cohen is a Mississippi State alumnus. He led the Bulldogs to the College World Series as a player in 1990, and then to the CWS finals as their head coach in 2013. He was a two-time Southeastern Conference baseball Coach of the Year.

Cohen moved into MSU’s Director of Athletics position in November 2016. He oversaw several renovations to Mississippi State’s athletic facilities, including upgrades to Dudy Noble Field, and hired Chris Lemonis who led the Bulldogs to NCAA baseball national championship in 2021.

“John has a wealth of experience in college athletics, particularly in the Southeastern Conference and his resume and references are impeccable,” Roberts said. “His leadership and success as a head coach and an athletic director speak for themselves. John will embrace Auburn and be a tremendous leader for our athletics program as we move forward.”

One of Cohen’s first acts at Auburn will be to hire a new football head coach, after Bryan Harsin was fired Monday afternoon. Harsin had a 9-12 record in less than two seasons. Auburn has lost its last four games.

Harsin will receive a buyout of about $15.5 million from his 6-year, $31.5 million deal. Half of that is due by the end of this month.

“Like any coach with the benefit of hindsight, there are things that could have been done differently,” Harsin said in a statement. “I don’t pretend to be perfect but I am certain I will be better moving forward because of this experience.”