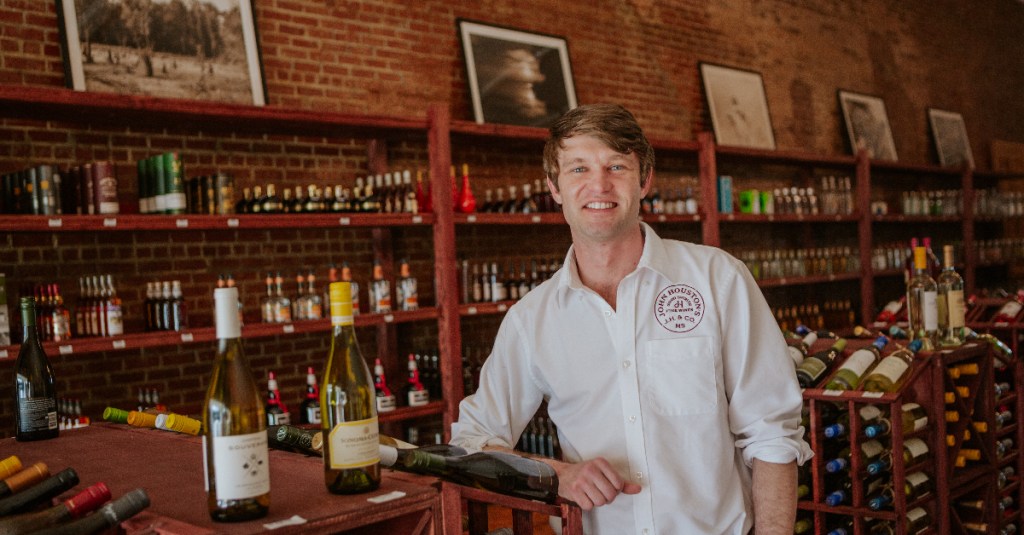 John Fagan poses for a picture in the new downtown liquor store, John Houston's Fine Wines and Good Spirits. The store will have a grand opening and ribbon cutting on Friday beginning at 3:30 p.m. (Photo by Katie Erickson | Special to The Vicksburg Post)

David and Lori Fagan have breathed new life into a downtown treasure with the transformation of the Adolf Rose building, located on Clay Street, into a charming wine and spirits store.

Named after David’s father, John Houston’s Fine Wines and Good Spirits, the liquor store offers a variety of wines and spirits for all occasions.

After purchasing the historic property, David said, he and Lori were not sure what they were going to do with the building. However, after listening to feedback from some of those who live close by, they decided to turn it into a liquor store.

“When we bought the building, we were wondering what we could do with it and a lot of people downtown said, ‘You need to open up a downtown liquor store.’ So, we thought about it and said, ‘OK,’” Fagan said.

While the architectural features of the building were beautiful before any renovations were done — with exposed brick walls and tall ceiling heights — the addition of the beautiful wooden wine racks only adds to the ambiance of the space.

Fagan, who does not go as far as calling himself a “wine connoisseur,” admits he had become quite familiar with wines during his many visits to Martin’s Wine Cellar in New Orleans.

There, he said, he discovered “good wines at a good price.”

“As my friend said, ‘Anyone can buy wine that’s expensive and that’s good, but the trick is to buy good wine that’s not expensive,’” Fagan said.

And at John Houston’s Fine Wines and Good Spirits, patrons will have the opportunity to consider a variety of selections.

“He is part owner and Lori and I are the other owners,” Fagan said. “And he’s pretty good.”

On Friday, a grand opening and ribbon cutting will be held at John Houston’s Fine Wines and Good Spirits beginning at 3:30 p.m. at 717 Clay St. The ribbon cutting is scheduled for 4:30 p.m.

The Fagans also have plans for the upper level of the building, but at the time of the interview were not ready to disclose them.

Prior to the Fagans purchasing the building, an antique shop was housed there.