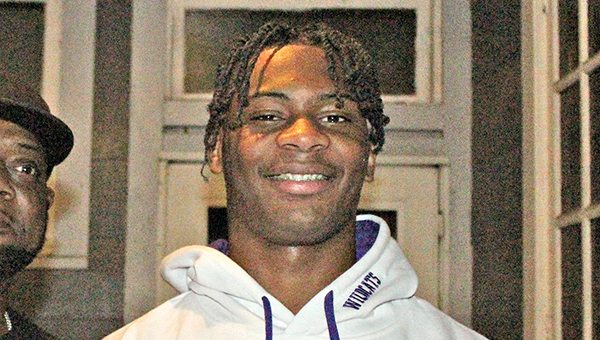 Martin, a Vicksburg native and former Vicksburg High star, was removed from the practice field on a stretcher and taken to the hospital in an ambulance after colliding with a teammate during practice on Oct. 25, AL.com reported.

Wommack said Martin faces a long recovery. Martin’s injuries are not considered life-threatening, and it’s too soon to know if they will end his football career.

“I think some of it is, we’ll see what his healing process is. I don’t want to get too deep into the injury itself, but some of that is just going to be as he progresses through that we’ll get some answers on, this is what is next in that step of process,” Wommack said. “It’s going to be a longer recovery for him and probably will not be quickly answered.”

Martin played two seasons at Vicksburg High before ransferring to Trinity Christian School in Cedar Hill, Texas, in 2020. He returned to Vicksburg High in the spring of 2021 to graduate with his original classmates.

Martin signed with Kansas State in December 2020 and played one season there before moving to South Alabama this season.

The sophomore played in South Alabama’s first seven games, primarily on special teams and as a backup safety. He had nine tackles and one tackle for loss.

Wommack said he, along with other coaches and players, as well as university president Jo Bonner, have visited Martin in the hospital.

“He’s recovering well and in great spirits,” Wommack said. “When injuries leave you in the hospital, it’s always a scary situation and one that you hate to see. I love Marvin and the way that he’s been with his teammates, along with the way he’s handling this situation. Our prayers and thoughts go out to him and his family.”