LOOKING BACK: The buildings that made Brennan Block 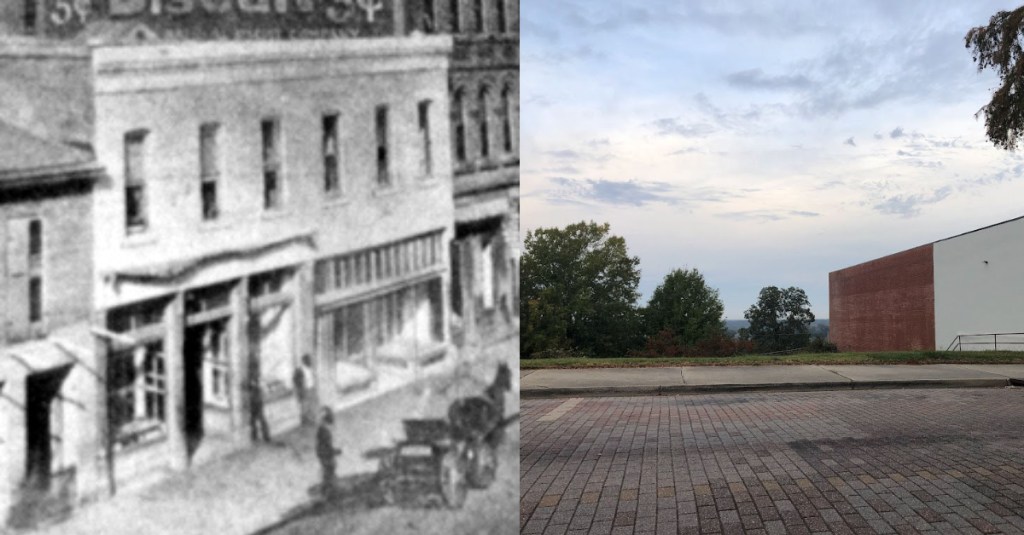 LEFT: The Brennan Block as it appeared in its heyday. RIGHT: The site of the buildings today. (Photos Submitted)

This two-storefront building was located at 1526-1528 Washington St., on the west side.

The new buildings were designed to appear as one by William Stanton and were built by Curphey and Mundy with the brickwork completed by John W. Beck. The new building, finished in September 1906, was completely stuccoed to give it an “elegant appearance.”

Brennan’s Wholesale Liquors, which had occupied the left building, moved in with a dry goods and clothing store on the right. By 1911, Kaleel Jabour and Co. Dry Goods operated in the right store, and T.A. Morley soft drinks in the left. Jabour was there as late as 1918 and by 1921 had been replaced by R.J. Burnett Motor Company, which was then replaced by Singer Sewing Machine and G.W. Roberts Music Store in 1929, and later in the early 1960s by the Fashion Shop.

The building on the left, 1528, was occupied by Sellers-Bryan Drug Company in 1914, Dochterman Drug Company and doctors N.A. Guice and D.S. Alverson in 1918, Jones Drug Company and Dr. H.B. Wilson and Dr. S.W. Johnston in 1924, and then in the early 1960s by The Fabric Center, owned by Edith Bounds Wilkerson.

The building was torn down in the 1970s and a vacant lot remains today.