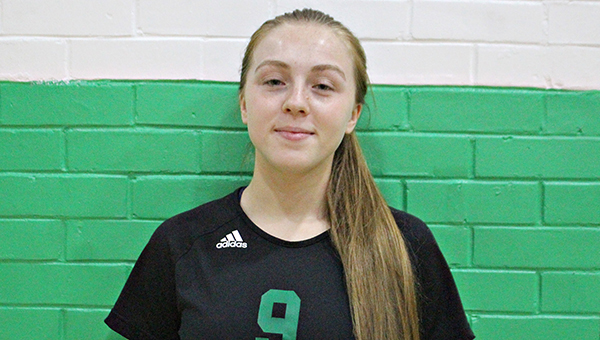 Vicksburg High soccer player Kennedy Mullins scored three goals in the second half to lead the Missy Gators to a 6-0 win over Wesson on Tuesday.

After watching her team struggle a bit on offense for a game and a half, Vicksburg High girls’ soccer coach Samantha Bailey changed her formation just before halftime Tuesday against Wesson.

The Missy Gators exploded for six goals in the second half after being shut out in the first, and routed Wesson 6-0 for their first win of the season.

The Missy Gators (1-1) only scored one goal in their opener vs. Warren Central — they got another on an own goal in their 3-2 loss — but found plenty of scoring from plenty of sources with the new alignment.

Kennedy Mullins scored three of Vicksburg’s goals, Amari Johnson had two and Alysha Murrell had the other.

“I made some tweaks to the formation four minutes before halftime. I didn’t have a chance to really tell the girls how I wanted it to work until half, but once I gave the girls the adjustments they executed it,” Bailey said. “I’m kind of fond of this game plan.”

The Missy Gators will be back in action Thursday, when they play at McComb at 5 p.m.

The Lady Vikes will head to Florence for a road game Saturday at 1 p.m.

(B) Warren Central 7, McLaurin 0
Birame Ndiaye had three goals and one assist, and four other players had one goal each as Warren Central’s boys’ soccer team routed McLaurin on Tuesday.

Ndiaye had a hat trick for the second game in a row, and the Vikings (2-0) also won via the mercy rule for the second straight day. They beat Vicksburg 7-0 on Monday.

The Vikings will play at Florence Saturday at 3 p.m.