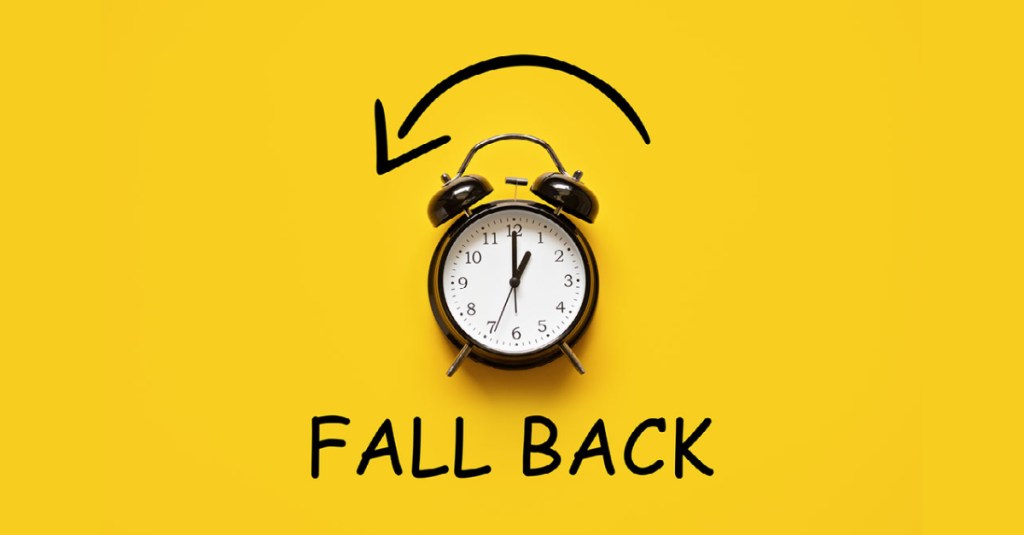 On Sunday morning, everyone is supposed to get an extra hour of sleep.

Daylight saving time, which has allowed us to enjoy the days of summer, ends Sunday at 2 a.m., when people will set their clocks back one hour — following the old saying, “Spring forward, fall back” — giving them an extra hour of sleep.

Some states and U.S. territories will not change time Sunday. Hawaii and Arizona (excluding the Navajo Nation), American Samoa, Guam, Puerto Rico, the Virgin Islands and the Northern Mariana Islands do not observe daylight saving time.

That added up to electricity savings of 1.3 billion kilowatt-hours — the amount of electricity used by more than 100,000 households for an entire year.

And there is a possibility the U.S. could see the end of daylight savings time in 2023.

According to the Sleep Foundation, a bill called “The Sunshine Protection Act” passed the Senate in March but has not made it to the U.S. House for discussion. The bill would require House passage and President Biden’s signature to become law.

If the bill passes as it’s written, permanent daylight saving time would take effect on Nov. 5, 2023. In other words, people would move their clocks forward again in March and keep them there.