Tallulah Academy gets back to work after first-round bye 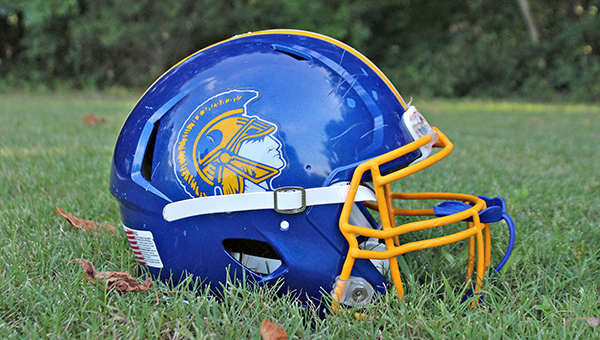 A first-round bye in the playoffs is supposed to be a reward for a great season. Tallulah Academy coach Bart Wood isn’t quite seeing it that way.

Tallulah (8-1) won each of its last four regular-season games by at least 30 points and was hitting on all cylinders. It won the MAIS District 3-2A championship and earned the No. 2 seed in the playoff bracket, which came with a first-round bye.

As they get back to full speed for a Round 2 matchup with Prentiss Christian (5-6) on Friday, Wood is worried the break will disrupt the rhythm the Trojans had built over the past month.

“You play all year and put all the pieces together and hope it all gels at the right time. Having a week off scares me, because we were playing so well the last couple of games,” Wood said. “It can’t help us, because we can’t play any better. We didn’t have any injuries, either, so we didn’t need to get healthy.”

Wood also knows that Prentiss Christian can be a dangerous opponent. The teams played on Sept. 16 and Tallulah won 44-21 in a game that was much closer than the final score indicates.

Prentiss led 15-8 in the second quarter, then Tallulah scored two touchdowns before halftime and two more in the third quarter to take control.

“I think we took them lightly,” Wood said. “Then they woke up and realized this team is a lot better than we thought. And they’re way improved from then, too.”

Prentiss outscored its next three opponents 114-6 after the loss to Tallulah. It lost its last two regular-season games, but scored 38 and 50 points. Wood said the Trojans won’t take Prentiss lightly this time, both from personal experience and a different mindset for the postseason.

“When it comes to the playoffs, I don’t know how you take anybody lightly. It’s a different season and everybody is fired up,” Wood said.

Something else that’s working in Tallulah’s favor is experience. There are 10 seniors on the roster, many of whom were starters or contributors on the 2020 team that reached the MAIS Class 1A championship game.

The last of Tallulah’s three state titles came in 2018. The next step in ending that drought comes Friday, and Wood thinks this team has the talent and attitude to do it.

“The boys are antsy. They’re ready. They want to go to Jackson — and I’m glad of that,” Wood said. “The season is over with and we have one of the better teams. They realize we can do it. They have all the pieces. It’s not being arrogant or cocky. They just know we can do it.”