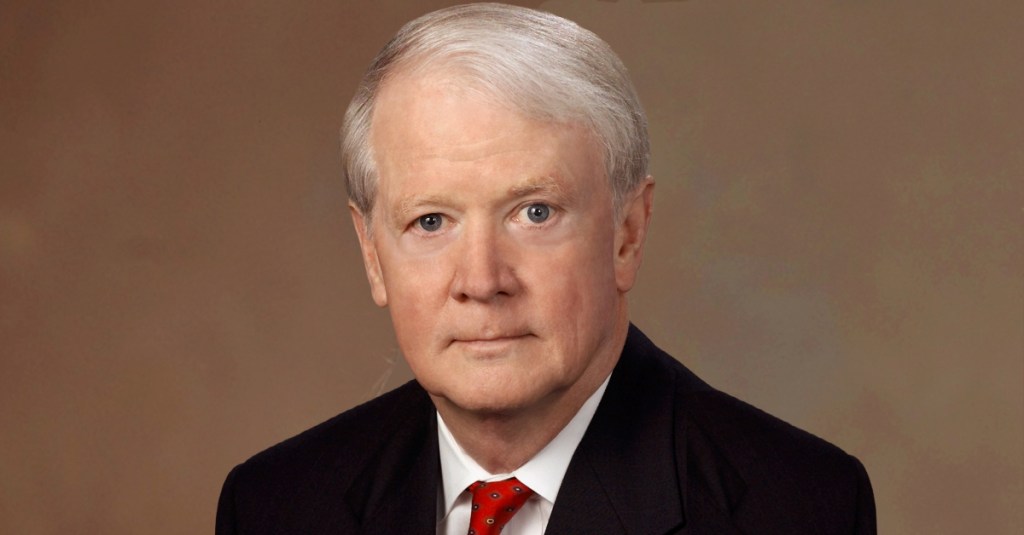 Mississippi’s longest-serving transportation commissioner, Dick Hall, died on Wednesday at the Baptist Rehabilitation Center in Jackson. He was 84.

Hall was retired from the elected, three-person Transportation Commission since he opted in 2019 not to seek reelection for the current four-year term.

“Mississippi lost one of its longest-tenured public servants, and I lost a great friend and mentor,” said Brad White, the executive director of the transportation department who previously served on Hall’s staff. “Commissioner Hall led by example and my life is much better because of the major role he played in it.”

A Vicksburg native, Hall was a dear friend of Mayor George Flaggs Jr. Flaggs said Hall will be dearly missed by many in the River City.

“I was saddened by the loss of Dick Hall. He was a longtime friend and native of Vicksburg. He was a gentleman and a scholar and a man of enormous integrity,” Flaggs said. “I’ve been with Dick Hall since my days in the Legislature. I was one of the few people he called to tell he was going to retire, and he was a dear friend from the beginning.”

He was elected to represent the state’s 22-county central district on the Transportation Commission five times after being appointed by Fordice to fill a vacancy. He served 11 years as chair of the Commission.

But before being elected as transportation commissioner, Hall had an eventful tenure in the Legislature, including serving as Senate Appropriations chair. He first was appointed to the post by Republican Lt. Gov. Eddie Briggs. Briggs removed him from the position after the Legislature was required to run for election in consecutive years by a federal court because of conflicts over redistricting. Briggs appointed Hall to chair the Public Health Committee after removing him from Appropriations.

But Democrat Ronnie Musgrove, who defeated Briggs in the 1995 election, re-appointed Hall as Appropriations chair where he served until his appointment to the Transportation Commission by Fordice.

“I am saddened by the passing of my friend and colleague Dick Hall. I had the honor of serving with him on the Transportation Commission and developed a deep respect for him and his dedication to our great state,” said Southern District Commissioner Tom King, who also is chair of the Mississippi Transportation Commission. “He has left a legacy of service and hard work not only at MDOT, but for the entire state of Mississippi.”

As transportation commissioner, Hall was an outspoken advocate for providing additional revenue to deal with a deteriorating infrastructure system. Finally, in a 2018 special session, the Legislature passed bills to address some of the road and bridge issues highlighted so often by Hall.

Flaggs said the Vicksburg Board of Mayor and Aldermen will adopt a resolution honoring Hall’s memory during its upcoming regular meeting.

Anna Guizerix contributed to this report.