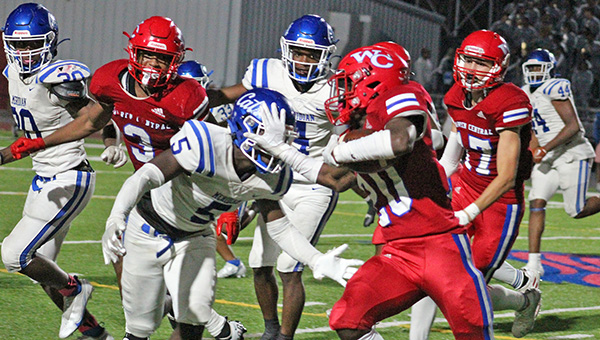 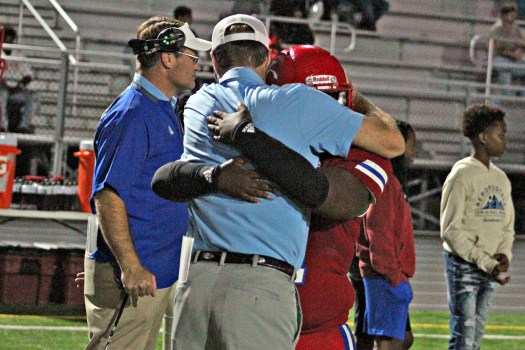 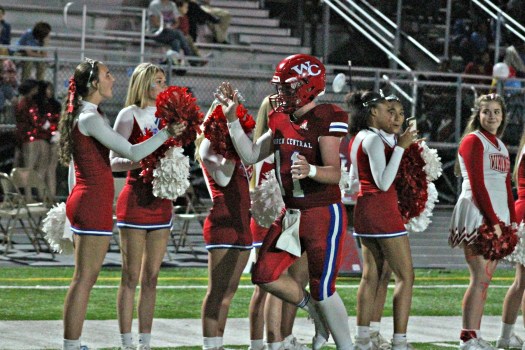 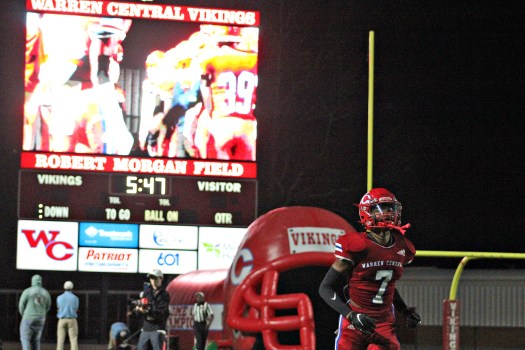 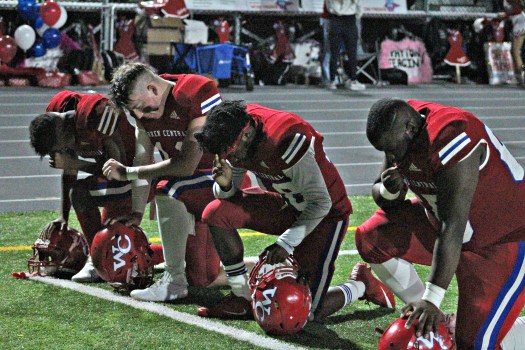 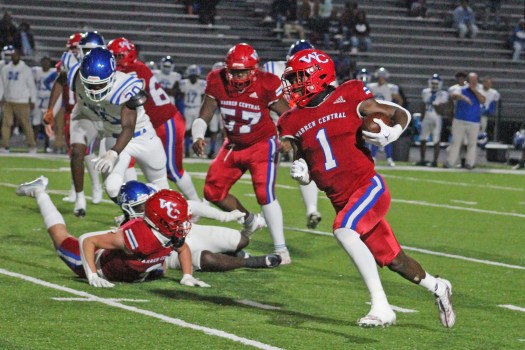 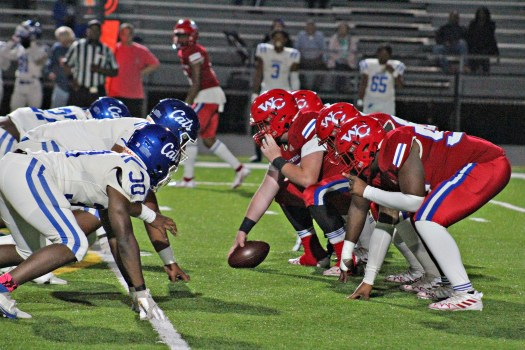 Warren Central and Meridian line up for a play during Thursday's game at Viking Stadium. (Ernest Bowker/The Vicksburg Post) 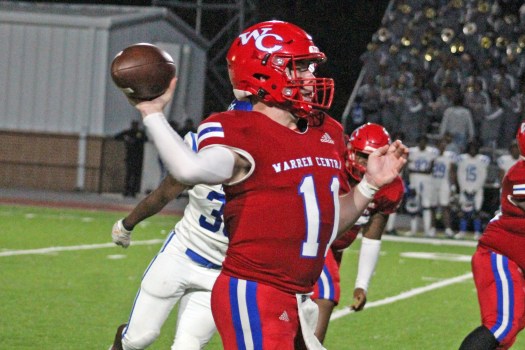 Warren Central was showered in penalty flags, dropped a sure touchdown pass and had two more called back. It committed a couple of bad turnovers and missed several chances to put the game away.

Going forward, the Vikings know they’ll have to be a lot better than they were on Thursday night. But, for the moment, even less than their best was good enough.

Trey Hall rushed for 165 yards and two touchdowns, and also set Warren Central’s school record for career receptions, as the Vikings overcame an uneven performance to finish the regular season with a 24-12 victory over Meridian.

“We had several big plays called back and that messed our momentum up. I thought we had a bunch of distractions going on with senior night and all that. We were able to weather the storm and still win, so I’m proud about that,” Warren Central head coach Josh Morgan said.

Warren Central (9-1, 6-1 MHSAA Region 3-6A) had its best regular season record since 2004, but still finished third in a three-way tie with Brandon and Oak Grove atop the region standings. All three teams have 6-1 records in region play, with wins over one of the others.

Brandon came out on top in the tiebreaker, Oak Grove second, and Warren Central third. Northwest Rankin finished fourth in the region. 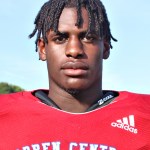 The upshot is that Warren Central will have a long road trip for the first round of the Class 6A playoffs next week — all the way to the Coast to face Region 4-6A No. 2 seed Gulfport (9-2).

“I don’t know much about Gulfport other than they have had a really good year,” Morgan said. “We’re excited about being in the playoffs and experiencing that. We’re going to have to attack that travel well, too.”

The Vikings will also need to play a lot better than they did against Meridian (4-5, 3-4).

Jonah Artman kicked a 26-yard field goal on the game’s opening drive, and then Hall had a 57-yard touchdown run and Mark Gray a 20-yard TD in the second quarter as Warren Central cruised to a 17-0 halftime lead.

On the first drive, Hall caught two passes to push past Demond Patton as Warren Central’s all-time leader in career receptions. Hall finished with five catches for 14 yards in the game, and now has 86 for his career. Patton had 82 receptions from 2017-19.

After getting the big lead, however, the Vikings weren’t able to build on it and put the game away early.

Receiver Zack Evans, who had three catches for 50 yards and snagged an interception on defense, dropped a long pass that likely would have been a touchdown on WC’s second possession.

Later, a series of penalties on the final drive of the first half took them from Meridian’s 25-yard line all the way back to their own side of midfield. Warren Central finished with eight penalties for 88 yards.

Hall had a touchdown run and a touchdown reception negated by holding calls. Quarterback Jack Wright threw two interceptions after throwing only three in the first nine games combined.

Meridian turned one of the interceptions into a 3-yard TD run by Daniel Hill early in the fourth quarter to make it 17-6. Later in the quarter, quarterback Mark Smith ran for 23 yards on fourth-and-22 and then scored on a 10-yard run with 4:12 to go.

The Wildcats also drove the ball inside the 30 in the final two minutes. Fortunately, Warren Central’s defense stiffened and it was more of an annoyance than truly uncomfortable.

Julien Demby — who had made a tackle for loss on fourth down at the 12-yard line in the first quarter — recovered a fumble on the play after Wright’s second interception. The Vikings scored on the ensuing drive, with a 30-yard run by Hall, to make it 24-6 with 7:16 left in the game.

Meridian only had 211 yards of total offense, with more than half of it coming in the fourth quarter.

“They made some big stops,” Morgan said of his defense. “Meridian had some chances there. We had a really big one, especially in hindsight, early on. We’re definitely going to have to play better if we want to win in these playoffs. That’ll be our focus.”