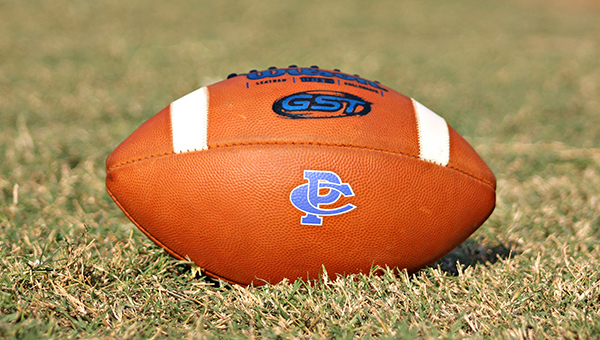 It came back south with dreams of next year being a little bit better.

B.J. Bryant caught three touchdown passes of 50 yards or more, and top-seeded Tunica Academy shut out Porter’s Chapel 42-0 in the second round of the MAIS Class 2A playoffs on Friday.

Porter’s Chapel (5-6) will have to wait until next August to play again, although this season did mark a step forward for the program.

“We advanced further than we had n 14 years. Being one of the last eight teams playing was definitely a step forward,” PCA coach Blake Purvis said. “And we’ve played three games since (Week 3) with a complete roster. If we can stay healthy and if we can build on this, then we’re moving in the right direction. I’m proud of our guys. They could have packed it in when we went in a spiral late in the season and they battled back in the playoffs.”

Perhaps PCA’s biggest problem on Friday was facing a talented Tunica team that earned the No. 1 seed in the Class 2A bracket and played like it.

The Blue Devils scored on all four of their first-half possessions to go up 28-0 at halftime. Bryant had a 60-yard touchdown reception with less than a minute to go in the second quarter, while Winn White and Jeremiah Clark scored on short runs.

In the first two minutes of the second half, Bryant turned two more short passes into long touchdowns to make it 42-0 and trigger the running clock mercy rule.

“Being down four scores at halftime was tough, because with their speed and their athletes it wasn’t set up for us to catch up,” Purvis said.

Porter’s Chapel was able to move the football some throughout the game, but stalled out once it got into Tunica territory. Its second possession ended in an interception inside the 20-yard line and two others in the first half resulted in turnovers on downs.

“We lacked the consistency to finish those drives,” Purvis said. “We had to be consistent with our offensive drives. Our game plan wasn’t built for the big play, it was to consistently move the ball on the ground.”

Late in the third quarter, the Eagles got inside the 30-yard line again and Purvis let senior Daniel Llopis attempt a 45-yard field goal. Llopis had not attempted a field goal this season, and has only tried one PAT. His long kick was no good.

Llopis had another highlight in the fourth quarter with an 80-yard touchdown run, but it was wiped off the board by an illegal formation penalty.

Letting Llopis, who normally only plays kicker and punter, a chance to run the ball was part of Purvis’ way of rewarding his seniors as the game got out of control. Senior lineman Hayden Beard also got a couple of carries. The other senior starter, Maureon Simms, is also a lineman.

“Those guys have done a lot for our program,” Purvis said. “They helped us take a step forward, so rewarding those guys for the time they’ve put in and sending them out like that was nice.”