FACES OF THE FLOODS: Levee Board member shares frustration over environmental misinformation 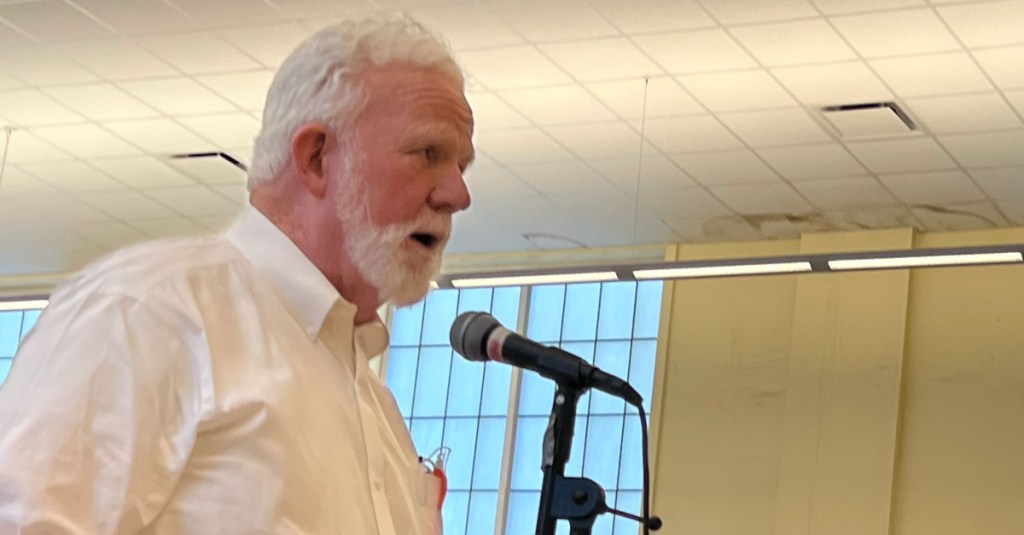 There are some things that simply can’t be unseen.

Although he’s not from the South Delta, Mississippi Levee Board member and Greenville native Hank Burdine spent every day of the 2019 Yazoo Backwater Flood riding along the main line levee in his truck or riding through floodwaters in his boat. During that six-month period, Burdine said he witnessed events that have haunted him since.

A lifelong sportsman in the Mississippi Delta and decade-long member of the levee board, Burdine said those sights, particularly as it relates to wildlife in the area, are difficult to stomach both in the literal and figurative sense of the phrase.

“We don’t see many of what we call ‘turkey vultures’ down here,” Burdine said. “In 2019 — and I’m sorry if I’m choking up — I saw something I swear I never want to see again. I call it the Tree of Death. There were over 400 turkey vultures in one tree, burping and vomiting because there were carcasses everywhere.

“The dead deer, the baby fawns, the things I saw, I never want to see again,” he added. “I want to know if a ring levee will solve the environmental devastation that goes on without these pumps.”

Those memories also motivate him to fight against misinformation regarding the Yazoo Pumps Project.

During the Aug. 24 listening session hosted by Sen. Roger Wicker and Rep. Bennie Thompson at South Delta High School in Rolling Fork, Burdine was one of the dozens of attendees who addressed a delegation from the Biden administration. That night, he shared just a few memories from floods he witnessed and reiterated the levee board’s stance that the Yazoo Backwater Pumps are a necessity for all living creatures in the area.

Burdine also highlighted what he said were discrepancies between data presented against the pumps and evidence that they would be beneficial. One example he used to illustrate these inconsistencies is the plight of the pondberry.

“Before the 2008 veto (of the proposed Yazoo Pumps Project), the Corps of Engineers came down and they identified over 190 colonies of an endangered species of plant called the pondberry,” Burdine said. “Two years ago, after the 2019 flood, they went back to each exact GPS location of the 190-something colonies of pondberry — they found 65. We’re supposed to be protecting the environment through the EPA, but we have just destroyed mover 60 percent of the pondberries that were in our backyard.

In the two years after the 2019 Yazoo Backwater Flood, the Levee Board had every reason to be cautiously optimistic that the pump project would be completed after it was promised in the 1940s.

When the Trump Administration approved the pumps project in late 2020, that optimism was bolstered. However, it wasn’t even a year later when the project was rejected under the Biden Administration following a request for a probe made by Rep. Bennie Thompson to the Environmental Protection Agency.

“We (the Mississippi Levee Board) feel pretty well stabbed in the back,” he said.

It extends beyond the EPA to national and regional activist groups as well, Burdine added. So much so, that, in what he called an effort to inform, Burdine invited representatives from groups that are openly against the Yazoo Backwater Pumps to ride in his boat during the 2019 flood to see the devastation in person.

No one accepted his invitation, he said.

“I sent out invitations to the Audubon Society, the Sierra Club, all of these people in Jackson with representatives saying ‘no, no, no,'” he said. “Not a one would dare even respond to an invitation. … What’d they think, I was going to throw them out of the boat?”

During his testimonial at the Aug. 24 meeting, Burdine went so far as to address Mississippi Sierra Club Director Louie Miller and ask him directly: “Were you in the Mississippi Delta during the backwater flood?”

Miller responded, “We’ll have to talk after the meeting.”

“I don’t think (the environmentalists) understand one iota,” Burdine said.

Moving forward, he added, the goal for the Mississippi Levee Board seems to be clear-cut.

“This whole project is under the auspices of the Mississippi Levee Board,” he said. “We’ve spent a lot of money trying for these pumps, because we know the validity of them, the cost-effectiveness of them. If these pumps had been put into place and not vetoed in 2008, they would’ve paid for themselves three times over.”