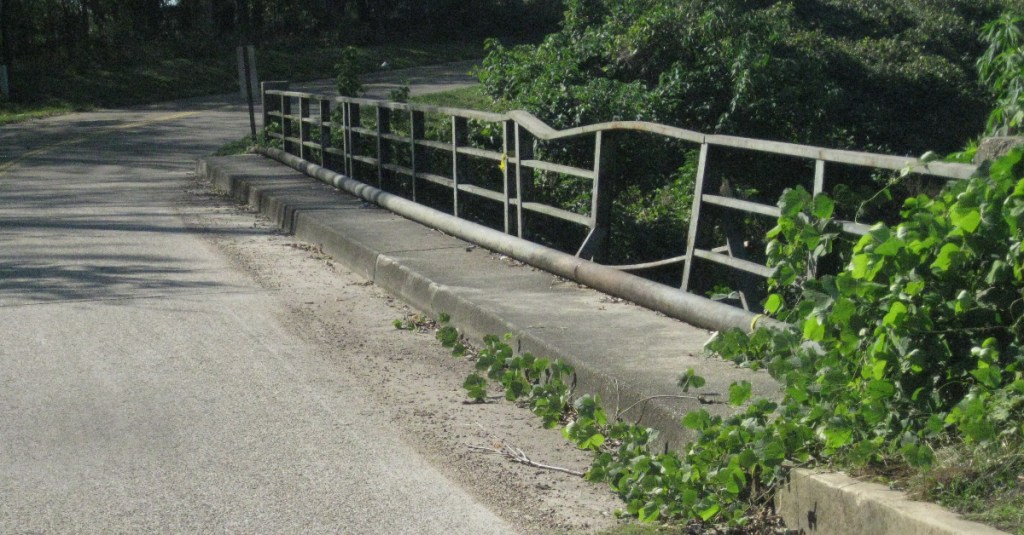 Bent and broken metal and a piece of yellow tape mark the site where a car struck the Baldwin Ferry bridge on Baldwin Ferry Road. The city has hired Neel-Schaffer engineers to engineer and design repairs to the bridge. (Photo by John Surratt | The Vicksburg Post)

The Vicksburg Board of Mayor and Aldermen has signed agreements with Neel-Schaffer engineers to perform a traffic count on a section of North Washington Street and prepare a design and specifications for work on the Baldwin Ferry Road bridge over the Kansas City Southern Railroad tracks.

According to the agreement, Neel-Schaffer will perform counts at three separate locations along Washington Street:

• South of the Port of Vicksburg at Haining Road

• At or near Spouts Spring Road

The study is expected to help city officials determine current patterns of vehicles and trucks along that portion of its designated truck route. The traffic counts will provide the city with a summary report showing the average daily traffic, or ADT; the vehicle classification of ADT and the speed of the vehicles.

“This traffic count is going to tell us something,” Mayfield said. “It will tell you what’s really going on in that area and that’s what we need to know.”

Mayfield said there has been some interest in the corridor between First East and Spouts Spring Road, but would not say who is looking.

Van Norman said the Baldwin Ferry Road Bridge agreement involves repairs to the bridge, which was damaged when it was struck by a car.

“(The car) hit the bridge and tore the guardrail off it and damaged the concrete structurally,” he said. “It broke some of the concrete on the side of the bridge so there’s going to have to be some work done. I think we’ll declare an emergency.”

He said Neel-Schaffer does all the bridge inspections for Warren County and has examined the Baldwin Ferry bridge to make sure it did not have to be closed.

Van Norman said the city initially hired Fordice Construction to fix the problem, but Fordice refused to do any work on the bridge until an engineer assessed the damage and determined the best way to repair it.

“It’s over the main line Kansas City Southern tracks, so there’s more to it than just going out there and doing something,” he said.