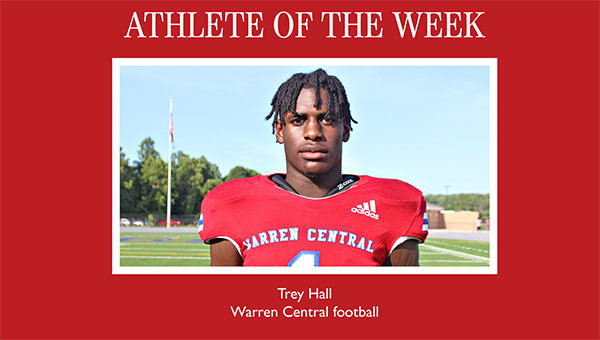 Trey Hall landed in Warren Central’s record book, and in the book of winners of The Vicksburg Post’s Athlete of the Week award.

Hall, a senior running back for Warren Central’s football team, received 186 of 461 votes in an online poll by The Post’s readers for the weekly award.

Hall also caught five passes for 14 yards to set the Warren Central school record for career receptions. He has 86 in three seasons, and passed the mark of 82 set by Demond Patton from 2017-19.

Warren Central will travel to Gulfport for a first-round game in the MHSAA Class 6A playoffs on Friday at 7 p.m.
Congratulations to Trey and the other nominees, and thank you to our readers for voting.