Gant: Veterans Day ‘a call to action’ to help vets 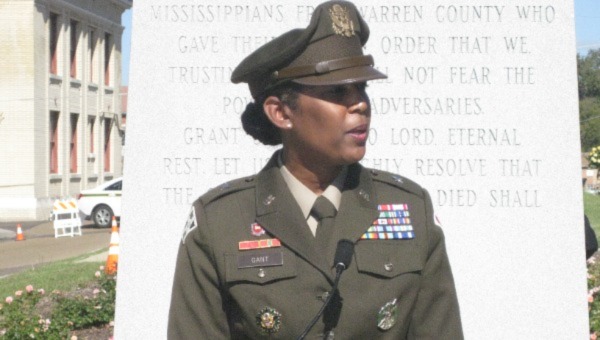 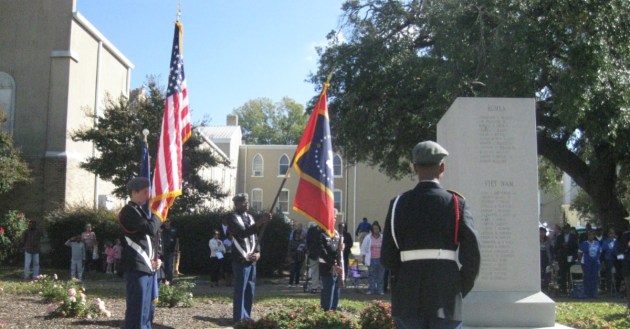 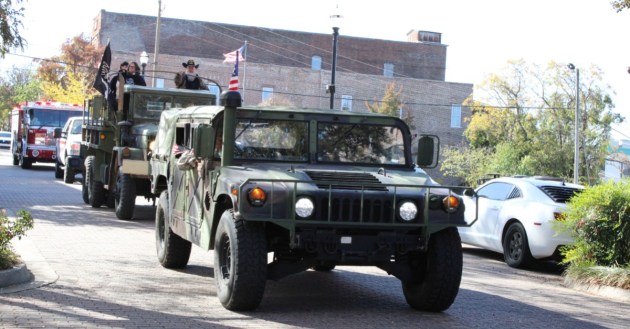 A Humvee leads a procession of trucks up Washington Street during the Veterans Day parade Friday. John Surratt|The Vicksburg Post

America’s veterans hold a special place of honor. Their legacy of service, commitment and sacrifice to the country should drive Americans to serve those who have served us, Brig. Gen. Antoinette Gant told an audience of more than 100 people attending Vicksburg’s Veterans Day ceremony at the Memorial Rose Garden Friday.

The annual program was part of the city’s Veterans Day observance, which featured a breakfast, parade and lunch for veterans.

“It was beautiful,” program organizer Willie Glasper said. “The weather was just a blessing and the attendance was great; the speeches were super. On a scale of 1-10, I’d give it an 11.”

In her comments at the Rose Garden ceremony, Gant, a Port Gibson native and commander and division engineer for the U.S. Army Corps of Engineers South Pacific Division, called Veterans Day “a call to action; a reminder that it’s our responsibility as Americans to serve those who have served our country.

“To fight for those who fought for us. We can do this by supporting our family members who served, by volunteering for veterans support groups and finding other opportunities to give back to veterans in our local community,” she said.

“The things that our veterans have had to go through, especially in the last few years of war are very tremendous and we want to make sure everyone gets the support they need and understands how important they are to us and who we are as a nation.”

Using the example of the U.S. Army, Gant said the Army’s greatest asset is its people and the voluntary army is a credit to all Americans “and our common commitment to our defense and love of the country binds us together and unifies us as one.

“We are one team of many things; this goes to the heart of what it means to be an American,” she said. “It requires a certain quiet heroism to run through our veins as service to our country doesn’t always translate into an overt heroic act.”

As a nation, Gant said, Americans must make sure that the service and sacrifice of their veterans must never be overlooked and they must never be forgotten.

“The Army believes that every soldier is a soldier for life and is committed to removing barriers to their success in and out of the uniform. Regardless of your branch of service — our veterans, this day belongs to you.”

Gant said generations of patriots have dedicated themselves to the defense of their country to make America stronger and more resilient as a nation. She said on Veterans Day people need to remember those veterans who have died and express gratitude and appreciation for the way veterans enrich communities and everyday life.

“Veterans bring back so much of the rich heritage which has allowed them to contribute to our beautiful America in their own unique way,” Gant said, adding people need to remember and serve veterans not just on Veterans Day but daily.

“Let’s do this today — show our appreciation and make it an obligation to take care of them just as they have taken care of us,” she said.