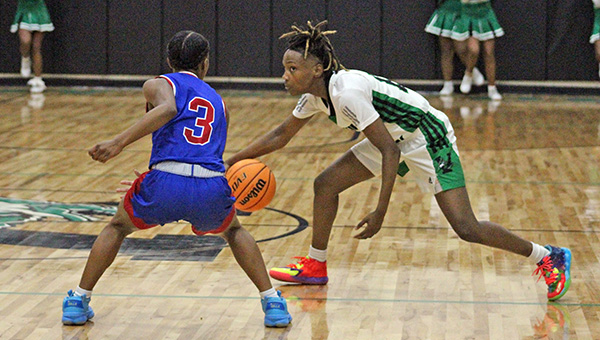 Vicksburg's Janiah Caples dribbles against Warren Central's Alexis Jefferies in the first half of Saturday's game. Caples scored a game-high 27 points to lead the Missy Gators to a 64-58 victory. (Ernest Bowker/The Vicksburg Post) 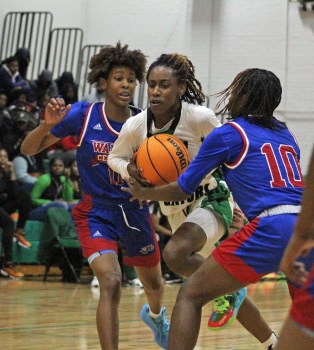 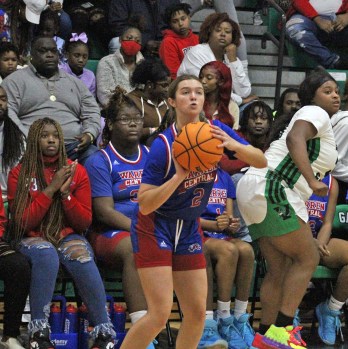 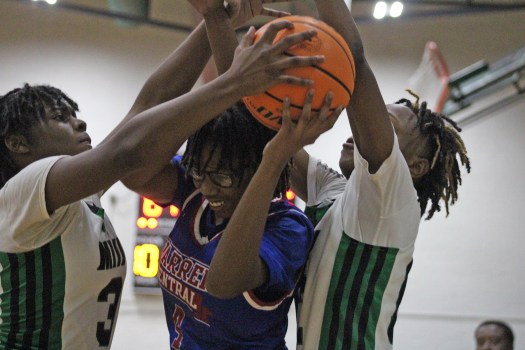 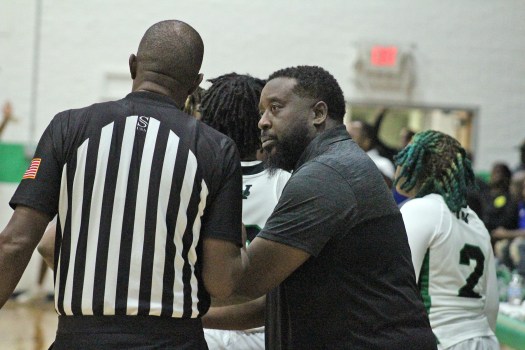 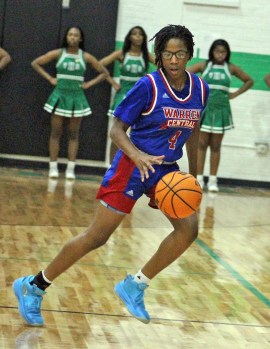 With the crowd screaming, the scoreboard tightening, and her team’s best player fouled out, Janiah Caples was not oblivious to the pressure dumped on her at the end of Saturday’s rivalry game against Warren Central.

The Vicksburg High senior just blocked it all out, put the team on her back, and knocked down shot after shot to carry them to victory.

Caples scored seven of her game-high 27 points in the final 35 seconds — five at the free throw line and one on a layup — to carry the Missy Gators to a 64-58 win over Warren Central.

Caples went 8-for-9 from the free throw line in the fourth quarter, and 15-for-18 in the game. She hit five in a row down the stretch after Warren Central had closed to within a point.

“(Layla Carter) fouled out so I had to do a big leap and hold it down for the team by making free throws and shots,” Caples said. “With the crowd being loud, having to focus, it’s a lot of pressure. At the end it’s fun. Not while it’s going on.”

Carter, Vicksburg’s leading scorer, totaled 19 points before fouling out in the fourth quarter. Ja’Na Colenburg added nine points for the Missy Gators (5-1), who led by 11 midway through the third quarter and then let Warren Central (3-2) get back into it.

Zion Harvey scored seven of her 20 points in a 30-second span to cut the Lady Vikes’ deficit to 45-43 with 30 seconds left in the third.

Warren Central never got the lead, but kept Vicksburg within sight until Caples took over in the final minute of the game. Harvey sank two free throws with 44 seconds left in the fourth quarter to pull WC to within 57-56.

Caples then made four free throws in a row, Warren Central missed two shots and committed a turnover, and Caples added a fast break layup to push it back to 63-56. After a basket by Warren Central, Caples split one last pair of free throws with 4.3 seconds to go for the final margin.

“They did a great job knocking down some free throws. That’s where you saw the game kind of spread out,” Warren Central coach Arnissayur Robinson said.