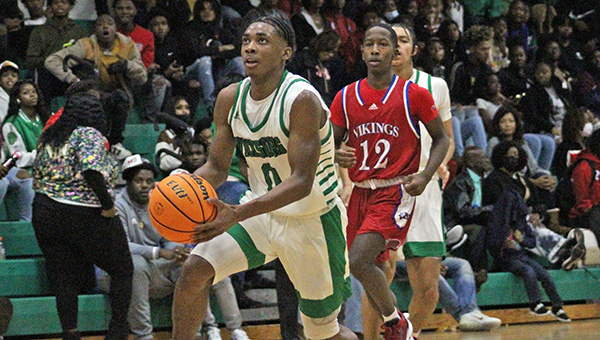 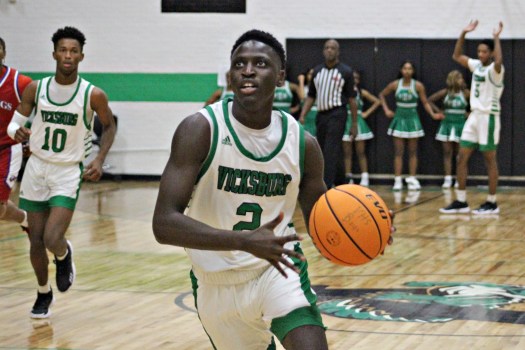 Vicksburg High's Malik Franklin scored 26 points, including 14 in the fourth quarter, in an 81-56 victory over Warren Central on Saturday. (Ernest Bowker/The Vicksburg Post) 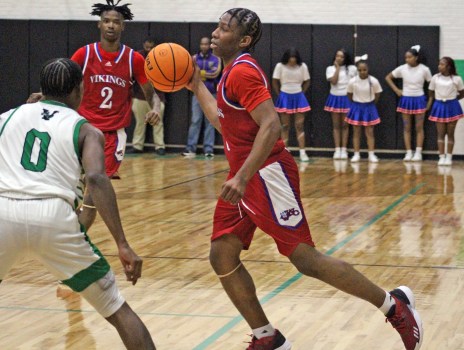 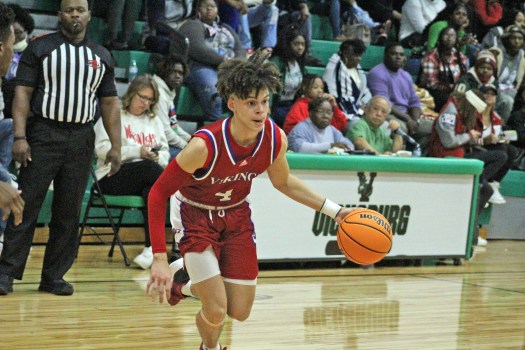 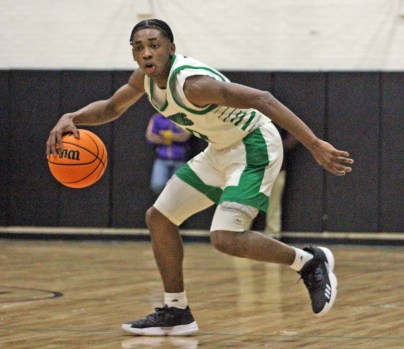 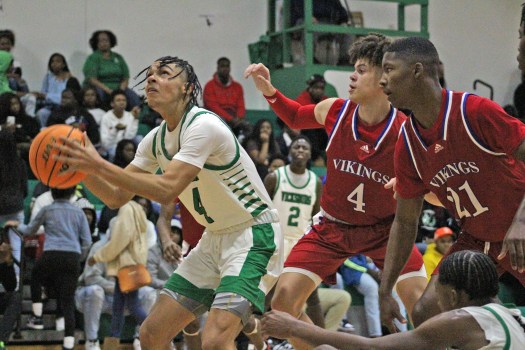 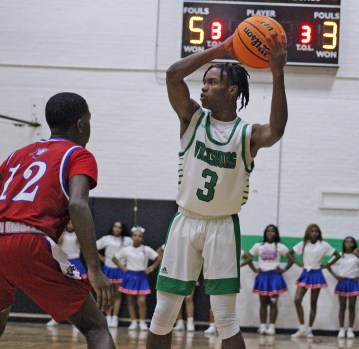 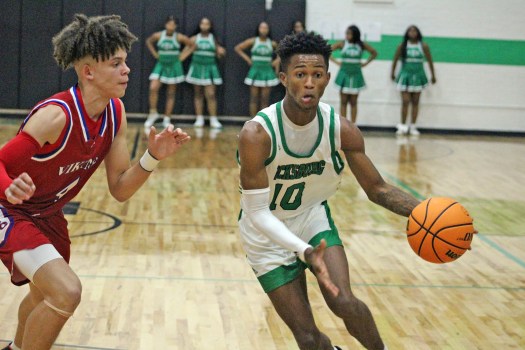 Malik Franklin let a 3-pointer fly from the top of the arc, watched it splash through the net, and then broke into a big grin as he backpedaled to get back on defense.

A few moments earlier, Franklin and his Vicksburg High teammates had been trying to hold off a charge from archrival Warren Central. Now, though, it was time to smile and relax, and enjoy the kind of run that doesn’t come around very often.

Franklin and Davian Williams combined for six 3-pointers and 28 points during a dominant fourth quarter, and the Gators beat Warren Central 81-56 in the boys’ half of Saturday’s basketball doubleheader.

Vicksburg (4-0) trailed by one point entering the fourth quarter, then outscored Warren Central 35-9 over the last eight minutes.

“(Williams) turned us up. Once he gets going, the whole team gets going. When me and him are hitting 3s, it’s going to be a long game for somebody,” Franklin said. “(VHS coach Kelvin Carter) didn’t tell us to stop shooting, so we kept shooting.”

Franklin finished with 26 points and Williams scored 27, with about half of those coming in the fourth quarter. Kealon Bass added 14 points and Jaylin Jackson had 10.

The Vikings trailed by 15 points late in the first quarter, but came all the way back to take a 47-45 lead on a basket by Deonta Segrest with about a minute left in the third. They led 47-46 going into the fourth quarter.

It not only got away, it got away in a hurry.

Franklin made two 3-pointers in the first minute of the fourth quarter to key an 8-0 run that put Vicksburg back in front to stay.

Turner answered with a 3-pointer for Warren Central to cut it to 54-50, but it only stopped the bleeding for a few seconds. Davian Williams drained two more quick baskets, followed by a pair of 3-pointers by Franklin, to push Vicksburg’s lead to 72-52 with 3:20 remaining. The Gators cruised home from there.

Davian Williams also made three 3-pointers in the first quarter.

“It happens, but it never happened like that in the fourth quarter. It usually happens in the middle or beginning of the game,” Williams said of the Gators’ hot streak.

From Warren Central’s perspective, the game was a mix of good and bad. It fell behind big early, rallied to have a chance, and then had the worst fourth quarter imaginable.

“We just fell apart,” Keith Williams said. “The fourth quarter has normally been our best quarter this season, but I am really clueless on it. You can’t take nothing away from them. They shoot the ball extremely well.”