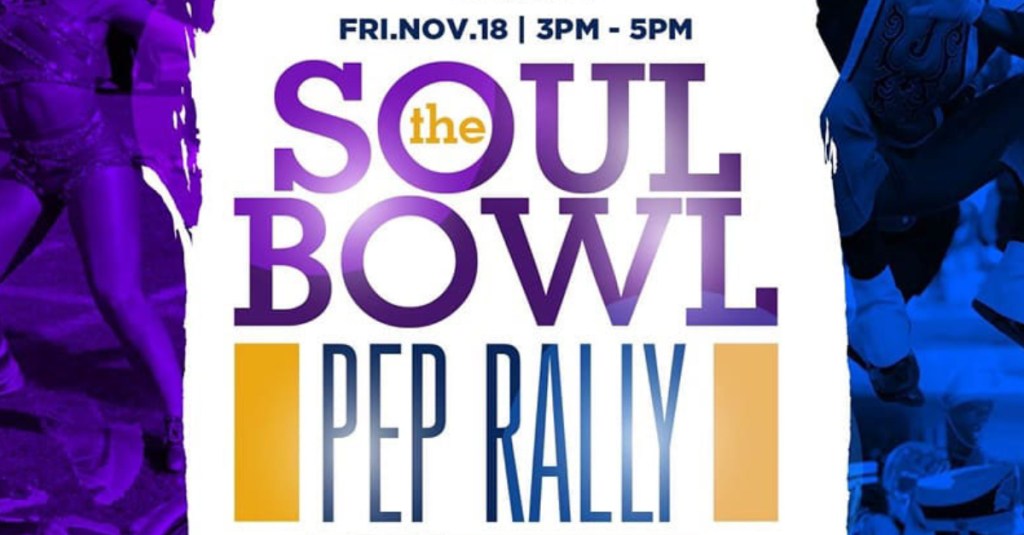 The Soul Bowl Pep Rally will take place on Friday from 3 to 5 p.m. at the Vicksburg Convention Center.

“It’s my intention to show this state the economic impact of this game to this city,” Flaggs said after the Board of Mayor and Aldermen approved two sponsorship items totaling $19,277 for two companies for the event, which will begin at 3:30 p.m. at the Vicksburg Convention center. The program includes performances by the Alcorn State and Jackson State bands, dance squads and cheerleaders.

He also said he is asking the Vicksburg Warren School District Board of Trustees to dismiss school early so students can attend the pep rally.

“It’s important, marketing this city around these two universities,” Flaggs said. “It’s another way to showcase this city. When Alcorn had homecoming you couldn’t find hotels nowhere; people were staying everywhere.”

The pep rally, he said, “will bring the students and alumni from both schools to Vicksburg first before the game gets to the campus; it’s a way to show Vicksburg off. The alumni are coming in from all over the country; people from Vicksburg come home.”

And while Alcorn is Vicksburg’s neighbor and partner, Flaggs said, he is trying to establish a relationship with Jackson State to reach areas outside of Vicksburg.

“We’re trying to reach out to within a 50-mile radius of this city and market it and create an enhanced tax base,” he said, adding that he will be watching the city’s sales tax revenue for November. He is also asking the three agencies that market the city — Main Street Vicksburg, the Vicksburg Convention and Visitors Bureau and the Vicksburg Convention Center for their advertising and marketing costs for the pep rally.

“I’m going to specifically watch the revenue that comes in this month because of the event,” Flaggs said. “That’s why I’ve asked everybody to show me what it costs for them to market or to advertise these two events. I think what I’m going to be able to show is the economic impact. … you don’t have to get people from these big cities to come in; they’re already coming in and they’re paying taxes.”