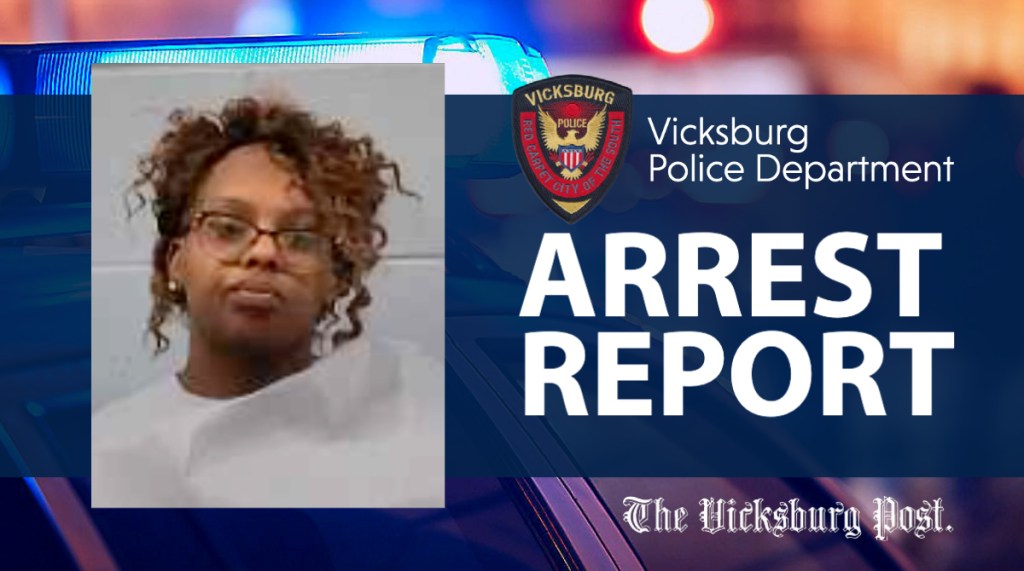 The Vicksburg Police Department arrested a woman for a stabbing incident on Friday. The department also received reports of a juvenile gunshot victim, domestic violence and multiple thefts between Friday and Monday.

Officers responded to a residence on Bodley Street for a reported assault on Friday at 4:40 p.m.

They found a 35-year-old black female suffering from a knife wound to her left leg. Her assailant, Latars Pam, 35, of Vicksburg was arrested on a charge of Aggravated Domestic Violence.

Pam appeared before Judge Penny Lawson in Vicksburg Municipal Court on Monday where she was bound over to the Warren County Grand Jury on a $30,000 bond.

Officers responded to Matthews Auto Parts at 4404 Highway 61 South in reference to a Business Burglary On Friday at 6:52 a.m.

The complainant reported someone entered the business by breaking a glass door. Damage to the glass door was valued at $350. The stolen items include a Hewlett-Packard Computer, a 1,200-watt Champions generator, a Matabo cutting tool, and a Redmaxx weed trimmer.

The total value of the stolen items is approximately $1,945. The case is currently under investigation.

Officers were dispatched to the area of Alcorn Drive for a reported armed robbery on Friday at 2:45 p.m.

The victim stated a male subject with whom he was riding pointed a handgun at him and stole an AR pistol with a 60-round magazine attached.

Officers responded to an address in the 300 block of Alfred Drive in reference to a disturbance call on Saturday at 8:36 p.m.

The officers learned the victim had been struck above his right eye by a cup, causing a gash to his forehead. The suspect was not on the scene when the officers arrived.

Officers responded to a report of a shooting on Bowman Street on Monday at 7:46 p.m.

The officers found a 16-year-old male had been shot in the hand and thigh. The victim was transported to Merit Health River Region for treatment.