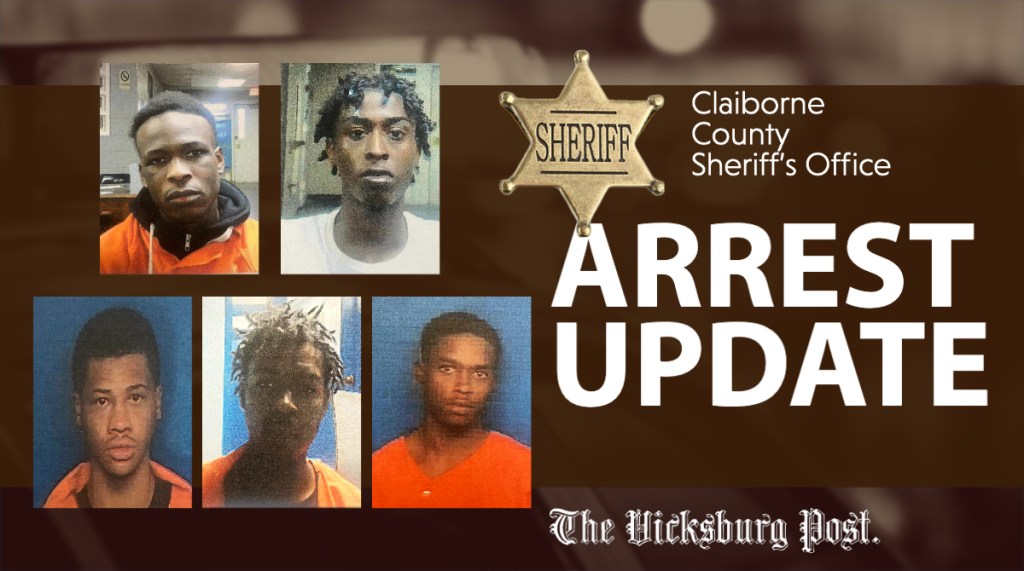 A shooting incident was reported by the Claiborne County Hospital on Sunday, Nov. 6, at approximately 1:50 a.m.

The Claiborne County Sheriff’s Department was dispatched and was informed that a gunshot victim had been transported to the hospital via personal vehicle. Upon arriving at the hospital, it was determined that the victim suffered a gunshot wound to the right shoulder and arm in a shooting that occurred in the area of Pattison-Tillman Road.

The Claiborne County Sheriff’s Department reported on Tuesday that investigators were able to gather information in a short amount of time that led to the arrest of several individuals.

Quendarius Foster, 20, Jakobi Wallace, 20, Ke’Darius Jackson, 22, Robdarrious Reed, 21, and Nate’Derriyous Thompson, 17, all of Claiborne County, are each being charged with three counts of aggravated assault and shooting into an occupied dwelling. Thompson is being charged as an adult.

During their initial appearance hearing, the accused were each granted a $200,000 bond and have been bound over to the grand jury. The victim has since been released from the hospital.