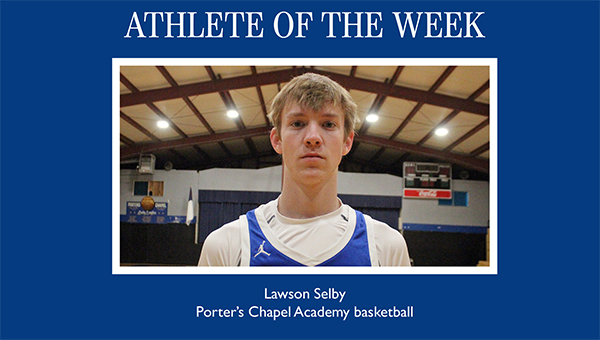 Lawson Selby has helped Porter’s Chapel Academy’s boys’ basketball team to a good start, and its fans helped him reel in The Vicksburg Post’s Athlete of the Week award.

Selby, a senior forward, received 324 of 985 votes in an online poll by The Post’s readers for the weekly award.

Selby, a senior forward, totaled 14 points, nine rebounds and four assists in a season-opening 71-47 victory over Sharkey-Issaquena Academy on Nov. 8. Selby made 5 of 9 shots from the field, including one 3-pointer, and also had one steal.

Selby also had eight points and eight rebounds in a 63-40 victory vs. Discovery Christian on Tuesday.

Congratulations to Lawson and the other nominees, and thank you to our readers for voting.