PHOTO: It’s beginning to look a lot like Christmas in Downtown Vicksburg 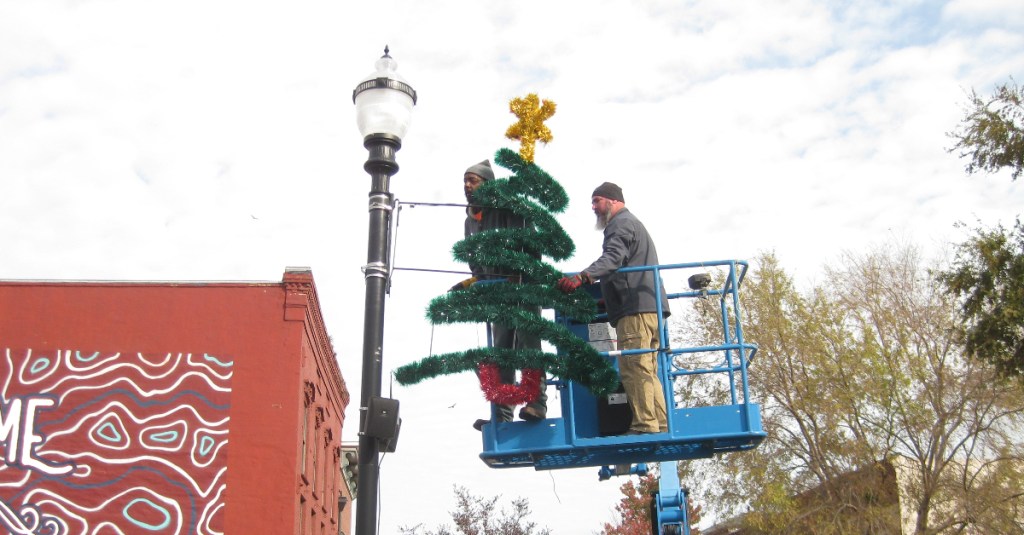 City of Vicksburg employees were spotted using a power lift Wednesday morning as they worked to fasten a lighted Christmas tree on a Washington Street light pole as part of the city’s preparations for the Christmas season.