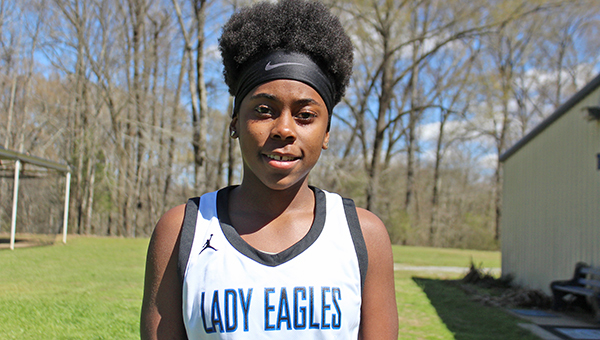 Tiara Sims averaged nearly 30 points per game last season, and is picking up right where she left off in this one.

Sims topped the 30-point mark for the second game in a row, dropping in 30 on 13-for-20 shooting, to lead Porter’s Chapel Academy’s girls’ basketball team to a 60-17 rout of Discovery Christian on Tuesday.

Sims also had nine steals as PCA improved its record to 2-0. Sims also scored 31 points in a season-opening win vs. Sharkey-Issaquena last week.

Sims scored 21 of her 30 points against Discovery in the first half, as the Lady Eagles took a 35-10 lead at halftime.
Sophie Masterson made three 3-pointers in the third quarter and finished with 11 points, seven rebounds and three blocked shots. Hannah Henderson also scored 11 points, to go along with 10 rebounds.

PCA will play at Cathedral on Thursday at 6 p.m.

Warren Central plays at Raymond on Thursday at 6 p.m.

Vicksburg 66, Jackson Academy 32
Layla Carter scored 10 of her game-high 22 points in the third quarter, and Na Coleburg had 12 of her 15 in the fourth to help the Vicksburg Missy Gators (6-1) defeat Jackson Academy.

Vicksburg won its sixth game in a row. It will play Brandon at home on Thursday at 6 p.m.

Porter scored 11 points in the first quarter to stake PCA to a 21-7 lead and it rolled from there. He also finished with three steals and three assists. Mack had seven rebounds and three steals.