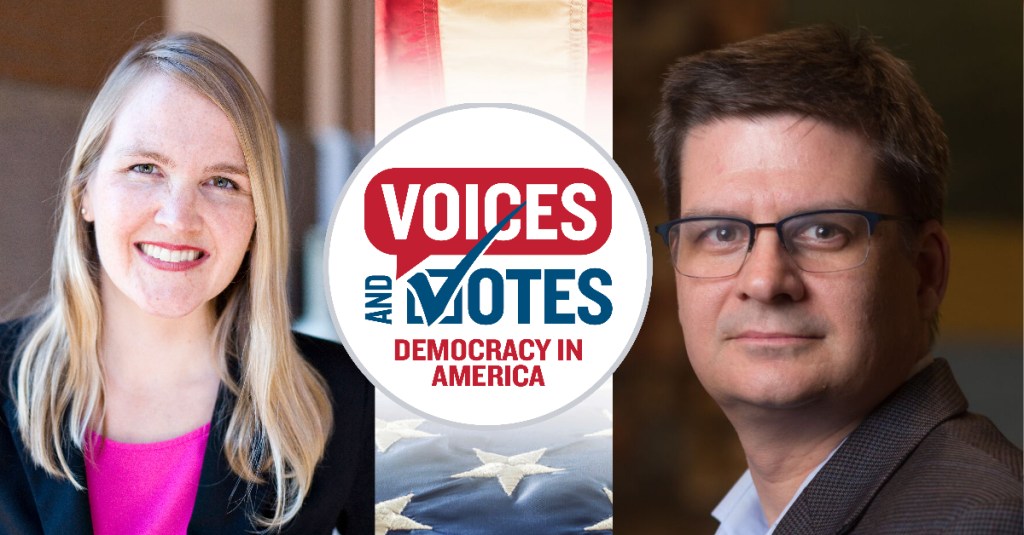 The long journey to equal rights and representation at the polls in America hasn’t been a straight line. A national exhibition arriving at Catfish Row Museum this weekend reveals just how messy the process has been, and yet how vital citizen voting is to maintaining a democracy.

The Smithsonian-curated “Voices and Votes: Democracy in America,” which opens Saturday, brings clarity to the struggles at the heart of the ballot process. The exhibit is based on the National Museum of American History’s broader “American Democracy: A Great Leap of Faith” exposition.

“This exhibit tells the story of America’s democracy from the founding all the way up to the expansion of voting rights, which of course is so relevant in Mississippi,” said Dr. Stuart Rockoff, executive director of the Mississippi Humanities Council, which partnered with the Smithsonian Institution to bring the exhibition to Vicksburg.

To kick off the showing, which runs through January 2023, Dr. Rebecca Tuuri, co-director of the Center for the Study of the Gulf South and associate professor of history at the University of Southern Mississippi, will localize the theme with a presentation titled “Democracy in Mississippi: Race, Violence and Power in the Struggle for the Vote.”

Much of Tuuri’s talk will center on how events in Natchez and Vicksburg shaped the trajectory of voting rights in Mississippi, beginning with the indigenous Natchez tribe and Europeans who established a center of power atop and along the river bluffs. From the neighboring community of Washington, where the state’s first constitution was drafted in 1817, Tuuri will shift the focus to freedmen camps in Vicksburg during the Civil War, and how they fostered leadership among Black men.

However, Vicksburg was also the site of another major event that instigated a long trail of consequences for voting rights. In December 1874, groups of Black men supporting Peter Crosby, the first Black Sheriff of Warren County, clashed with white mobs in and around the city. By the time federal support arrived weeks later, between 150 and 300 Black men had been killed in the conflicts. A similar riot in Clinton in September 1875 resulted in dozens more deaths. These events, Tuuri says, helped pave the way for the 1890 state constitution, which disenfranchised African Americans and ushered in the Jim Crow era in Mississippi.

“By 1964, only six percent of eligible African Americans in the state were registered to vote,” she said. “After the Voting Rights Act of 1965, that number jumped to 67 percent within five years. So, violence matters. It’s a cautionary tale for folks to be aware that democracy needs to continually be protected, even up until the present day.”

Tuuri will also discuss how the demand for shipbuilding labor in Pascagoula during World War II created opportunities for minorities and women.

“Ultimately, [the exhibit] talks about the importance of being a citizen and the obligations of being a citizen,” Rockoff said. “It’s not just about voting. There are parts about protesting and the role of having voters express themselves in a free democracy. And in the time of the current election, in the current political divide, our hope is that this exhibit helps people from across the political spectrum appreciate and cherish these important democratic traditions.”

The speakers series in support of Voices and Votes will also feature Sara Dionne, chairwoman of the Warren County Election Commission, and Jan Daigre, Warren County Circuit Clerk, presenting on the voting process on Dec. 3; and Donald Field Brown, a Harvard University scholar, who will speak on the history of the Vicksburg Citizens’ Appeal and its prominence at the height of the civil rights movement.