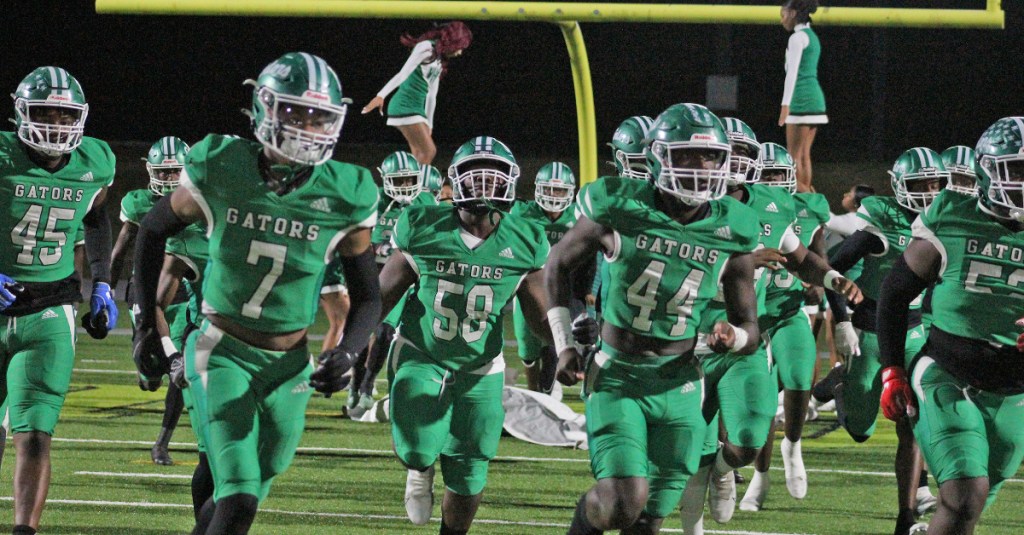 Vicksburg High will play in the MHSAA Class 5A North State championship game Friday at 7 p.m. against West Point, at Memorial Stadium. It is Vicksburg's first appearance in the state semifinals since 2001. (Ernest Bowker/The Vicksburg Post)

It’s time for fans to be in the stands.

Only four teams remain in the 5A state football championship series — and the Vicksburg Gators are one of them. This Friday, Nov. 25, Vicksburg High will play West Point in the MHSAA Class 5A semifinals. The winner advances to next week’s state championship game in Hattiesburg, and the Vicksburg Warren School District is calling all fans to attend the game.

“This doesn’t happen every year and these boys and our coaches have worked extremely hard to get here,” Vicksburg head coach Todd McDaniel said. “We appreciate our dedicated fans who are here every week, and we want to fill every seat with Gator fans on Friday. Please come out to show your support for these kids. They deserve the support and backing of a full cheering section.”

VHS defensive lineman Demarcus Johnson said he looks forward to playing in a game of this scope and size. Vicksburg has not been this far in the playoffs since 2001. It has not played in a state championship game since the Mississippi High School Activities Association started its playoff system in 1981.

“It’s going to be a big stage,” Johnson said. “We just have to put forth the effort and get it done. I’ve never played on Thanksgiving. Hopefully, we make Vicksburg proud.”

The Gators take on West Point this Friday at home in Memorial Stadium. The game begins at 7 p.m. and tickets are available online. The cost is $12 for reserved seating and $10 for general admission.

Tickets are available online at www.gofan.co.

McDaniel invited fans not just of his own team, but all of Warren County’s team, to join together and support the Gators. Vicksburg is the last Warren County team still alive in the playoffs.

“Being able to be in the confines of your own home and being surrounded by your fans helps. If you’re a Gator or you’re a Viking, come out and support us. We’re all together right now,” McDaniel said. “We want it to be loud. We don’t want them to be able to hear when they have the ball. We want this stadium and these hills full. It’s the only game in town. Come watch some football the day after Thanksgiving.”