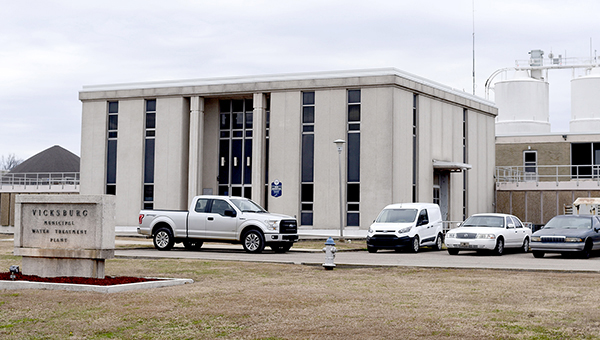 The city is seeking permission to drill another water well off Haining Road near the water treatment plant.

The Board of Mayor and Aldermen on Wednesday approved applying to the Mississippi Department of Environmental Quality for a permit to drill the well. Mayor George Flaggs Jr. said the new well is part of a series of proposed improvements at the water treatment plant.

“We’re going to put the well on the east side of the (water plant) property,” Public Works Director Garnet Van Norman said. “We’ve got one when you pull in the drive (to the plant). We’re going to pull this one as far away from it as we can.”

The board in June approved a $261,600 agreement with a Texas-based engineering company for improvements at the Vicksburg water treatment plant that Mayor George Flaggs Jr. said should improve the plant’s capacity.

According to the proposal from Houston, Texas-based Trilogy Engineering, the project involves installing two parallel lines adjacent to two existing lines between the clarifier and filter; a backwash pump at the plant’s existing location and a new on-site groundwater well installation on the plant property.

When the report was presented, David Peters, senior project manager for Trilogy, said the plant has the capacity of treating up to 16 million gallons of water per day (MGD). However, the pipes carrying water to the plant’s clarifier, which is used to soften the water during the treatment process by mixing lime during the process, developed deposits and are constricted, reducing the plant’s maximum capacity to 10 or 11 MGD.

Flaggs at the time estimated the cost of the project at $2.1 million and said the improvements would increase the plant’s capacity “to about 21-22 million gallons a day.”

Van Norman said the plans for the project are still in the design phase.

“They’re 75 percent complete,” he said, adding the city recently received the plans for review and comments.