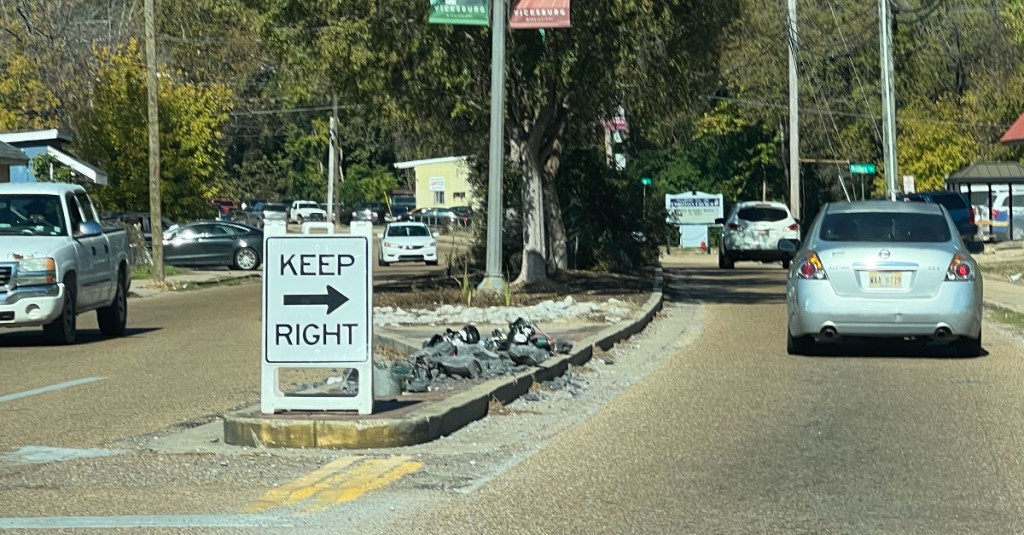 This is one of two toppled light poles on Hall's Ferry Road in Marcus Bottom. (Photo by Anna Guizerix)

Drivers traveling through Marcus Bottom on Halls Ferry Road will no longer be looking at and avoiding pieces of two decorative street lights that were destroyed in mid-November.

“I just heard from our operations coordinator and he said they’ve been replaced,” Entergy customer service representative Victoria Love said Thursday afternoon. Entergy owns both poles, which were damaged on Nov. 17.

According to Vicksburg Police reports, the poles were damaged about 10:36 p.m. when an individual driving north in a 2001 Ford pickup truck struck them. The driver of the truck was later found and arrested on charges of leaving the scene of an accident and driving with an expired license.

Since the wreck, the poles were placed in the median areas of Halls Ferry although some drivers reported pieces of the poles had scattered in the street, causing a potential traffic hazard.