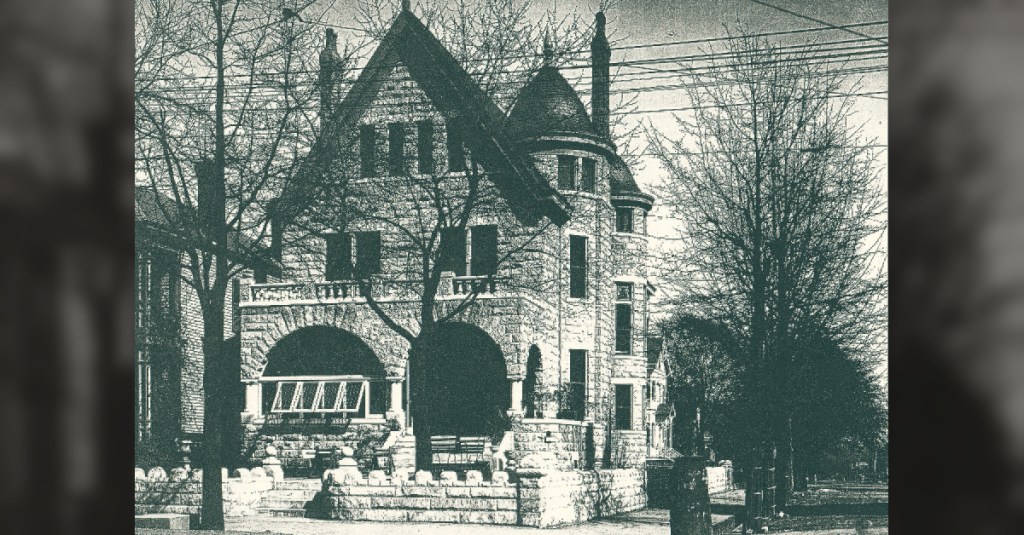 The Brown Home at 1421 Cherry St. was designed in 1900 by local architect, William Stanton, and was built by Curphey and Mundy Contractors for Sam Brown. (Photo Submitted)

The Brown Home at 1421 Cherry St. was designed in 1900 by local architect, William Stanton, and was built by Curphey and Mundy Contractors for Sam Brown.

On June 7, 1900, the Vicksburg Herald reported that “the outside of which (the house) is all stone and the only stone house in the city, and said to be the finest house ever built here. It will be built leisurely and will not be ready before fall or early winter.”

In fact, the house was finished in April 1901. Sam moved into the house and was joined by Helen Schwarz after they were married on Jan. 15, 1902. In 1906, the Vicksburg City Directory listed Sam as a representative of the Brown Cotton Company and it further stated that nine people lived in the large house, including Abraham and Emma Brown.

Abraham was a principal in Brown and Baer, a shoe and boot concern. In 1914, Sam Brown was the manager of Schwartz and Company.

Ten years later he passed away and Helen continued to live in the house, now with Harry and Fannie Rice. Harry Rice was the manager of Rice and Company, which sold furniture, rugs, Victrolas and records.

By 1935, 1421 Cherry St. was the home of Elias and Beulah Jabour. Elias owned two dry goods stores on Washington Street at the time. Also listed in the house in 1935 were Ann, Emile, Ernest, Florian and William Jabour.

In 1959, Emile Jabour, a physician at the Vicksburg Infirmary, and his wife Maggie lived here. The house was demolished in the 1970s and the current building was constructed.