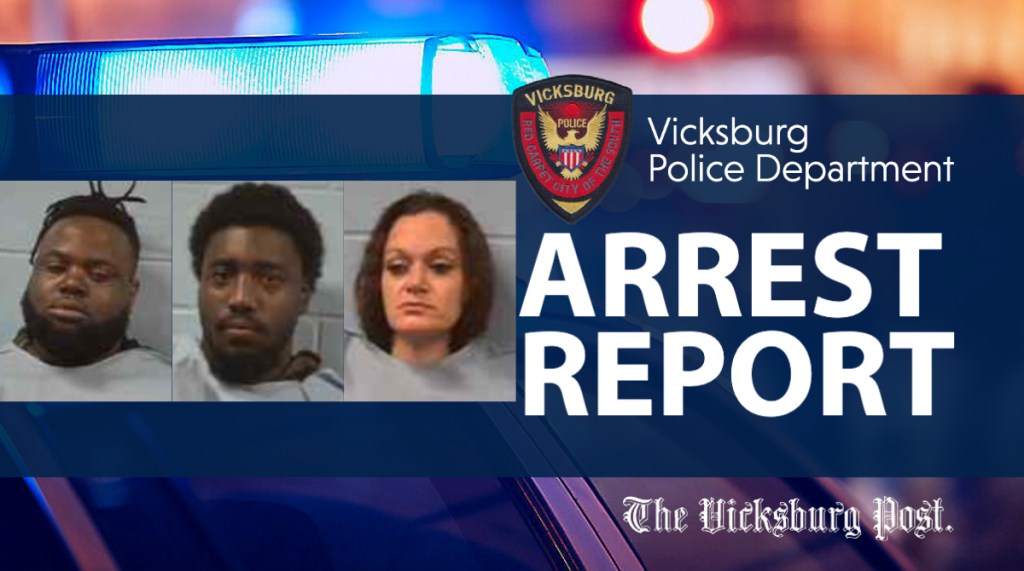 Greg Vaughn, Jermon Walker, and Ashle Cupit were all arrested for separate incidents by the Vicksburg Police Department on Tuesday and Wednesday.

The Vicksburg Police Department released information about three arrests that happened on Tuesday and Wednesday. Two were for possession of controlled substances and one was for a burglary that occurred in July at the Beechwood Park Apartments.

One arrested for possession of codeine

Greg Vaughn, 27 of Vicksburg, was arrested Tuesday following a traffic stop. He was found to be in possession of Codeine, an opioid classified as a controlled substance.

Vaughn appeared in Vicksburg Municipal Court that same day on a charge of possession of a controlled substance. Judge Angela Carpenter bound him over to the Warren County Grand Jury on a $35,000 bond.

Jermon Walker, 23 of Vicksburg, was arrested Tuesday on warrants for burglary and aggravated assault that resulted from an incident that occurred at the Beechwood Park Apartments in July.

Appearing in Vicksburg Municipal Court on Wednesday, Walkers’ bond was set at $75,000 by Judge Angela Carpenter and he was bound over to the Warren County Grand Jury.

Ashle Cupit, 42, of Natchez, was arrested in the parking lot of Walmart at 2150 Iowa Boulevard after officers were alerted to her being slumped over inside a 2007 Toyota Tundra.

She was found to be in possession of approximately 5.87 grams of methamphetamine.

She was also wanted by the Mississippi Department of Corrections for Probation Violation.

Cupit appeared in Vicksburg Municipal Court before Judge Angela Carpenter on Wednesday on a charge of possession of methamphetamine. She received a $30,000 bond and was bound over to the Warren County Grand Jury.