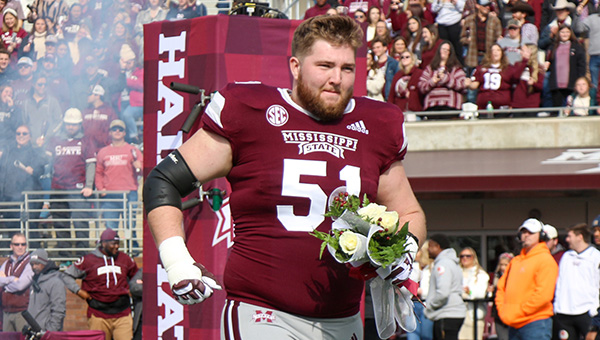 STARKVILLE — Three Mississippi State football players have announced that they are leaving the program.

Offensive lineman Reed Buys, a former Warren Central star, announced on social media that he will enter the transfer portal.

Buys will be a graduate transfer and have two years of eligibility remaining. He played the 2019 season at Jones College, then transferred to Mississippi State in 2020, but has played sparingly with the Bulldogs.

“Thank you to @hailstatefb for the opportunity and memories!” Buys wrote in his announcement.

The other Mississippi State player who is moving on will try his hand at the NFL. Cornerback Emmanuel Forbes announced he will enter the 2023 NFL draft.

Forbes set the Football Bowl Subdivision record with six interception return touchdowns in his three seasons at Mississippi State. He had six interceptions in 2022, and 14 in his career.

On Friday, another Bulldog playmaker left as well. Wide receiver Rara Thomas announced he would enter the transfer portal.

Thomas led Mississippi State with 626 yards and seven touchdowns this season, on 44 receptions. He played in 22 games over the past two seasons and had 12 career receiving touchdowns.