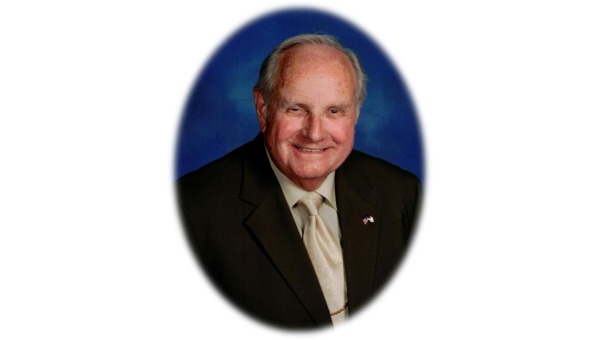 Dr. Phil Worley was a missionary, evangelist and bible teacher. He was born in Oxford, MS to Carter Alexander “Bro. Jack” Worley Sr., and Isa Dora “Sammie” Livingston Worley on July 28, 1939. He became a Christian in 1948. In 1950, he was called by God to be a minister of the Gospel and preached his first sermon at ten years of age. By the time Phil was 25, it is believed he had visited nearly every state in the Union. He loved to be on the go much like he loved a piece of cake doused in milk and scenic train rides. Besides having four years of bible school training, he also studied at Southern Baptist College for two years in Walnut Ridge, Arkansas and attended Southwest Baptist College in Bolivar, Missouri. He is a graduate of the United States Army Chaplain School. He obtained an Associate of Arts degree from Angelina College, a Bachelor of Arts from Stephen F. Austin State University, and a Doctorate from Anchor Theological Seminary. Behind the pulpit, Phil Worley, through the Holy Spirit, was known for beauty in his delivery. His passion was in just that, delivering God’s word. He held pastorates in Texas, Tennessee, Missouri, Iowa, Washington, Alabama, Arkansas and Nevada. Also, during 1970-1971, he worked through the office of Evangelism of the Missouri Baptist Convention conducting Willing Witness Revivals. Dr. Jack Stanton of Southern Baptist University commended Phil for his contribution to Lay Evangelism schools saying, “Thank you for the great contribution you made to the beginning of the Lay Evangelism Schools. God has used these schools, and continues to use them, not only across America, but around the world. In 1972, we launched the Lay Evangelism School ministry, using WIN materials, and Southern Baptists water baptized more people than ever before or since. The next two highest times of baptism came when a number of states, not all of them, but a great number of states, had Lay Evangelism Schools within a given year. So, the three years where we baptized the most people the Lay Evangelism School played an important part, and you helped us immensely as we prayed and sought God’s will in the formulating of what later became known as the Lay Evangelism School. God bless you for your help.” Let it be said that Philmore lived by faith and loved Jesus. This was evident in his 73 years serving in the Gospel Ministry. He was most proud of this accomplishment. Not only was Dr. Phil Worley known for his oratory skills as a minister of God’s word, but he was also known for his craftsmanship in the monument industry. Phil was a fourth-generation memorialist. His family was known for and had monument companies throughout Texas, Georgia, Mississippi, Virginia and Arkansas over the years. After a recent illness, on Wednesday, November 30, 2022, Philmore expressed that he was ready to see Jesus. Within an hour, he did just that. Phil made the transition to his heavenly home while physically surrounded by those he held dearest each standing by his bed with hands held rejoicing together in song, “How Beautiful Heaven Must Be.” Visitation will be held on Thursday, December 8, 2022, from noon to 1 p.m. at Lighthouse Baptist Church, Vicksburg, MS. Funeral Service will be held at 1 p.m., Thursday, December 8, 2022, at Light House Baptist Church, Vicksburg, MS. Interment will follow in Vicksburg Cemetery.