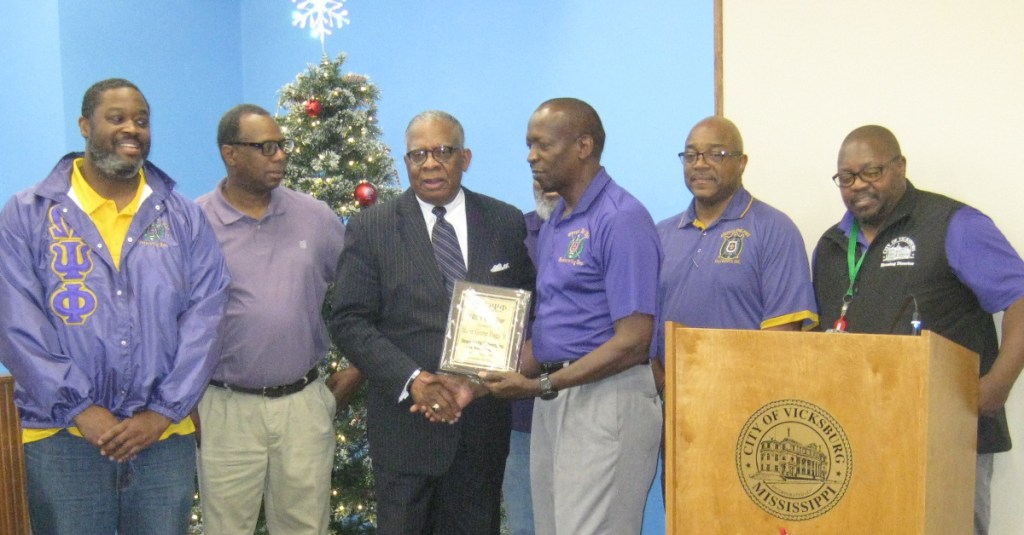 Vicksburg Mayor George Flaggs Jr. receives a plaque naming him "Citizen of the Year" from members of Omega Psi Phi fraternity during Monday's meeting of the Board of Mayor and Aldermen. (Photo by John Surratt | The Vicksburg Post)

Mayor George Flaggs Jr. was honored Monday by the Omega Psi Phi fraternity as its Citizen of the Year.

Members of the fraternity presented Flaggs with a plaque at Monday’s meeting of the Vicksburg Board of Mayor and Aldermen.

Christopher Barnett, Mississippi State representative for the fraternity, said the award is part of an annual achievement week held by the fraternity to honor members and community leaders for their work.