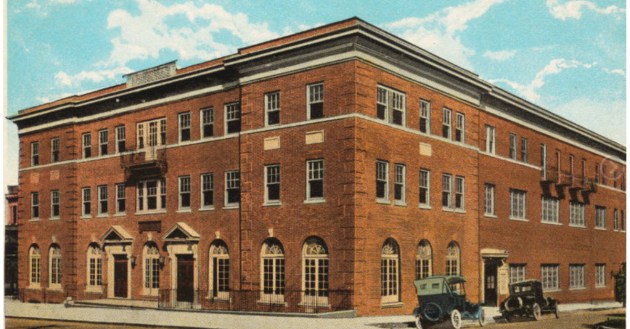 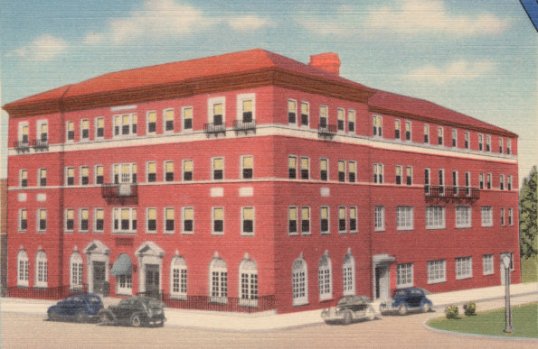 A fourth story was added to the Junius Ward Johnson YMCA Building. 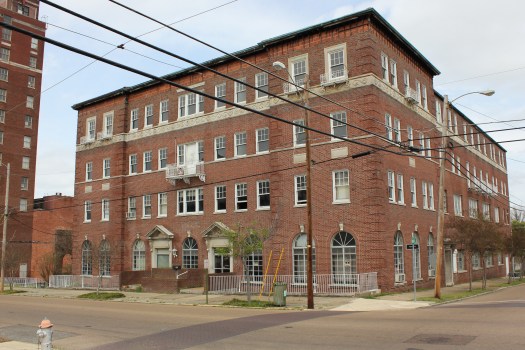 The Junius W. Johnson Memorial YMCA building, at 821 Clay St., has been vacant for the last 20 years.

Twenty-two-year-old George Williams founded the first YMCA in London in 1844 when he and 11 friends sought to create a supportive community to help young men like themselves address pressing social challenges.

Years later, retired Boston sea captain Thomas Valentine Sullivan, working as a marine missionary, noticed a similar need to create a safe “home away from home” for sailors and merchants. Inspired by the stories of the Y in England, he led the formation of the first U.S. YMCA at the Old South Church in Boston on Dec. 29, 1851.

A few years later in the 1860s, YMCA housing was started in order to give young men moving from rural areas safe and affordable lodging in the city. Facilities included gyms, auditoriums and hotel-like rooms. Chicago’s Farwell Hall, the first known YMCA dormitory, was completed in 1867.

Between 1922 and 1940, YMCA accommodations grew from approximately 55,000 rooms to over 100,000 — more than any hotel chain at the time. Among those who stayed at YMCA residences were journalists Andy Rooney and Dan Rather, civil rights leaders Malcolm X and Dr. Martin Luther King, Jr., novelist Jack Kerouac and U.S. Ambassador Andrew Young.

In May 1919, the Vicksburg Evening Post reported that Mrs. Fannie Johnson, a local philanthropist, planned to donate a lot and the cost of construction of a building to house the YMCA. In July, a meeting was held to announce that the state YMCA had granted a charter to Vicksburg. It was also announced that Mrs. Johnson planned to build a “well-equipped Y for Negro boys and men.”

After meeting with a number of architects, Mrs. Johnson chose Chicago architects Shattuck and Layer to design the building and approved their plans designed in a Classical Revival style with some Beaux Arts detailing. In the early 1900s, Shattuck and Hussey (Shattuck’s partner before Layer) won a design competition for the Chicago YMCA and went on to design dozens of the nearly 200 YMCA buildings built between 1906 and World War I.

Their designs for the Y buildings were heavily influenced by the Chicago School, which clad steel and concrete structures with masonry and neoclassical details. In 1911, Hussey embarked on a long stay in Asia where the firm was hired to design a dozen YMCAs, including Seoul and Hong Kong.

The Vicksburg project appeared to have moved slowly and it was not until two years later that construction was finally ready to start. The Vicksburg Herald reported on March 8, 1922, that “Vicksburg will have a very active Young Men’s Christian Association in a very short time. The association has been organized, so far as officers and directors are concerned, but the work of effecting the active organization by securing members has been delayed on account of the lack of a building. Money for the erection of the building has been contributed by Mrs. Fannie Johnson, who also contributed a very valuable lot, admirably situated for the purpose, but the cost of construction has been regarded as prohibitive.”

Underwood Contracting Corporation of New Orleans was chosen to build the new YMCA on the northwest corner of Clay and Monroe streets. The cost of construction was $184,286 with a total of $225,242 with furnishings, and the land cost was $36,000. Mrs. Johnson’s gift was $190,000, which she said was not given in memory of her late husband, Junius, who had died a few years earlier in a tornado at Panther Burn, but regardless, the building would be named after him.

An article in the Post reported that “it had been thought that the erection of the Y.M.C.A. building by Mrs. Johnson might be considered, in a sense, a memorial to her husband, the late J.W. Johnson, who was, for many years, one of the state’s most prominent and influential citizens and one whom Vicksburg left justly proud.

“Mrs. Johnson states, however, that this is not the case. It is true that she and Mr. Johnson talked over the matter of erecting the building many times, and he was just as deeply interested in it as she, but it will not be erected in his memory.”

By May, the lot had been cleared and the construction office had been built for the contractor. The Vicksburg Herald reported in June that the contractor was beginning to start on the 200 to 225 casings, which are 200 feet long, which would be driven into the ground for the concrete pillars which will form the foundation of the then three-story building.

There were separate entrances, showers, dressing rooms and social rooms for men and boys. There was a billiard room, a well-equipped gymnasium with a gallery above the gym and a stage at the north end, and 33 dormitory rooms. The fourth floor was added in 1929 at a cost of $47,912 when it became clear that additional residence rooms were needed.

When the Y built a new facility in 2002, the building was sold to a developer in Nashville who tried leasing it a couple of times, but it remains vacant 20 years later. The ornate copper cornice was stolen a number of years ago by thieves who found their way into the attic.

They pushed the cornice out of its pockets, and the copper fell to the ground and was retrieved. The noise was loud and the police were called, but no one was found to arrest.