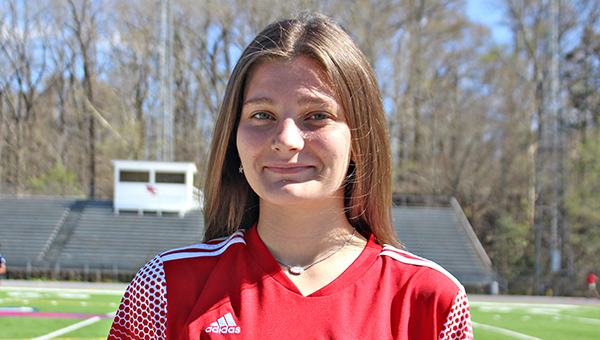 Warren Central soccer player Gloria Hall scored three goals in an 8-1 win over Terry in the team's MHSAA Region 5-6A opener on Tuesday.

After a rough first month of the season, Warren Central’s girls’ soccer team got a win it needed in more ways than one.

It was just the second win in nine games for Warren Central (4-6, 1-0 Region 5-6A). The lopsided region win will also help down the road as it chases a playoff berth. The Lady Vikes play again Thursday at 5:30 p.m., at home against Pearl.

Trinity McGloster had four assists and Mullins had two for the Missy Gators (4-2-2, 1-0 Region 3-5A), who led 5-0 at halftime. Keeper Ava Pritchard recorded the shutout.

Vicksburg will play again Thursday at 5:30 p.m, at home vs. Greenville.