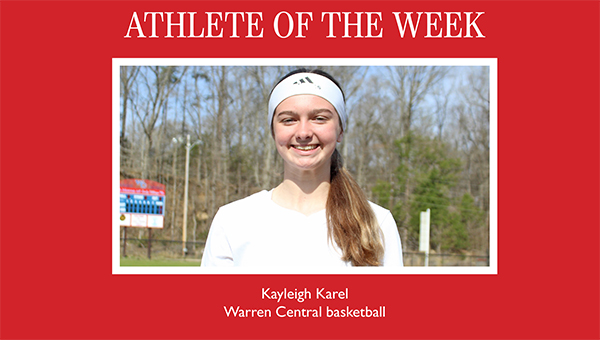 Kayleigh Karel helped Warren Central’s girls’ basketball team snap a long losing streak, and one of the rewards was The Vicksburg Post’s Athlete of the Week award.

Karel received 460 of 1,189 votes in an online poll by The Vicksburg Post’s readers to win the award in a competitive vote.

The Lady Vikes earned their first win over Vicksburg since December 2018, and snapped an eight-game losing streak in the series.

Congratulations to Kayleigh and the other nominees, and thank you to our readers for voting.