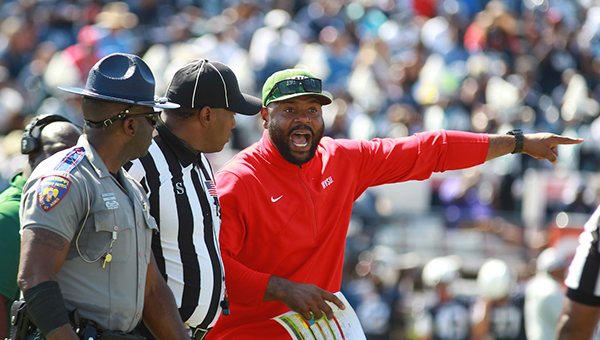 Dancy is a Mississippi native who played college football at Jackson State. He had a 10-38 record at Valley from 2018-22 while working against numerous limitations regarding scholarships.

In 2021, the Delta Devils won their most games in nearly a decade with four. This season, Mississippi Valley State won two of its final three games and finished 2-9.

Defensive coordinator Javier Gonzalez was appointed interim head coach while a search for a full-time replacement is conducted.

“On behalf of Mississippi Valley State University, I want to extend our deepest appreciation to Coach Vincent Dancy for his incredible leadership of our football program,” Valley athletic Director Hakim McClellan said in a statement. “The energy that he poured into his teams was a shining light for MVSU and a point of pride for all the Valley family.”