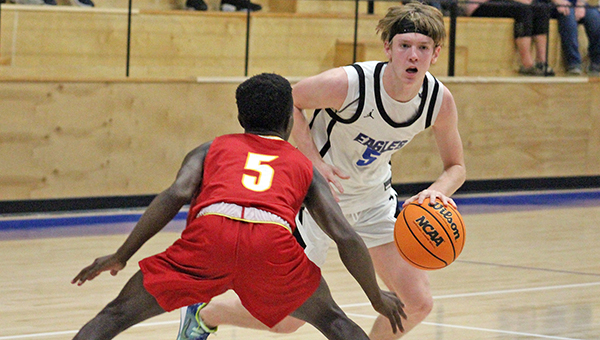 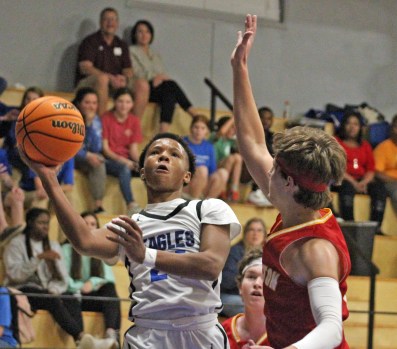 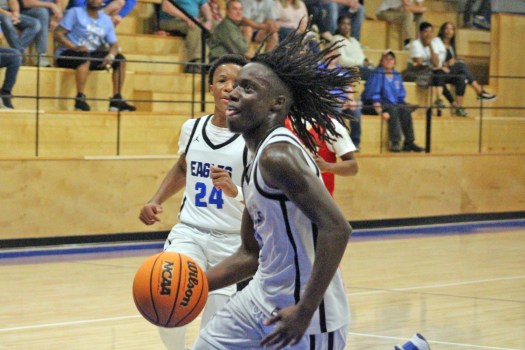 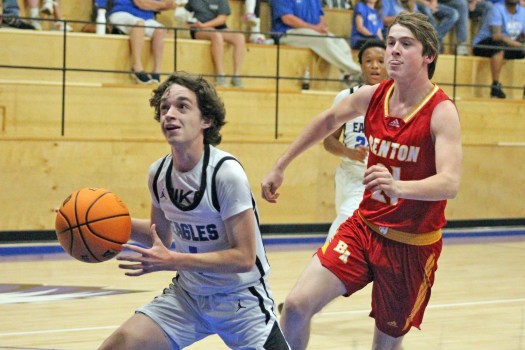 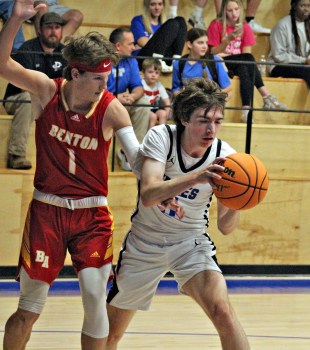 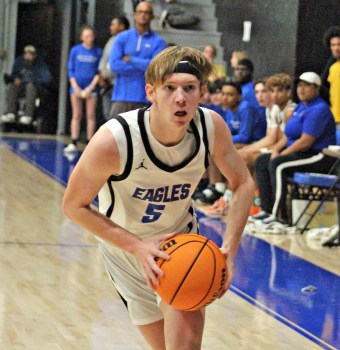 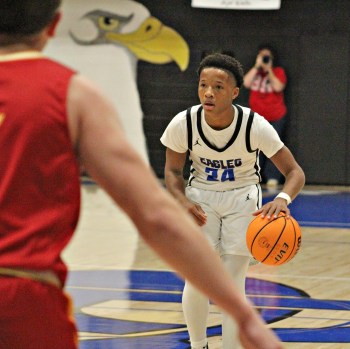 Porter’s Chapel Academy’s night started with a fight and ended with a beatdown.

Inspired by an altercation during the girls’ game against Benton Academy that led to several ejections, Porter’s Chapel’s boys’ basketball team decided to lay the smack down when they hit the court.

Noah Porter scored 33 points, Lawson Selby had 24, and the Eagles just missed their push for 100 as they demolished Benton 94-43 on Thursday.

“I’m proud of the girls because they fought to the end, and the boys played for the girls tonight. That was what it was all about,” PCA coach Casey Fisher said. “They asked me if they could play, regardless of the score, and I told them I was going to let them have fun.”

Benton Academy won the girls’ game, 45-34, behind 17 points from Bryan Blackstock. That game turned on the altercation following a hard foul in the first half.

“Tiara is a sweet little girl. But that’s what you’re trained to do. When you’re between the lines, you’re in a battle. She took up for her team,” Fisher said. “I’m proud of them. I don’t like what happened, but I’m proud that they stuck together.”

Without Sims — or a lot of depth to replace her — the Lady Eagles (3-5, 1-2 MAIS District 3-3A) struggled. They only scored two points in the third quarter as Benton opened a double-digit lead.

“Very emotional,” Fisher said in describing the game. “Girls play more physical than what people give them credit for. I thought it got out of hand early. It got physical. And daddys teach their girls that if somebody hits you, you hit back. That’s what we teach our daughters. I think both teams were ready to play, but it was too physical.”

When PCA’s boys took the court, they hit back in a different kind of way.

Porter drained three 3-pointers and scored 13 points in the first quarter, and the Eagles opened the game with a 12-0 run over the first three minutes. Benton closed the gap to 22-13 by the end of the first quarter, but PCA outscored the Raiders 32-9 in the second to take a 54-22 lead into halftime.

Early in the third quarter the Eagles pushed their lead past the 35-point margin that triggers a running clock, but they didn’t let up. Most of the starters stayed in the game until late in the fourth quarter, and they were flying up and down the court getting steals and fast break chances.

Only a few missed shots down the stretch and the ticking clock kept the Eagles from reaching 100 points.

“We missed some free throws, but they ran the clock. If they don’t run the clock we’ve got it. That’s what stopped us from getting it,” Fisher said.

In addition to the big games from Porter and Selby, Ty Mack scored 17 points and Taylor LaBarre had 11. Nine of PCA’s 12 players scored.

“Their fans were a little ugly behind us. I felt like they could have backed off. They beat our JV (girls),” Fisher said. The visitors’ fans sit behind the team benches in PCA’s gym. “I knew our boys were going to take care of business. So I told them to hit 100. Sometimes you’ve got to let the kids fix the problems.”