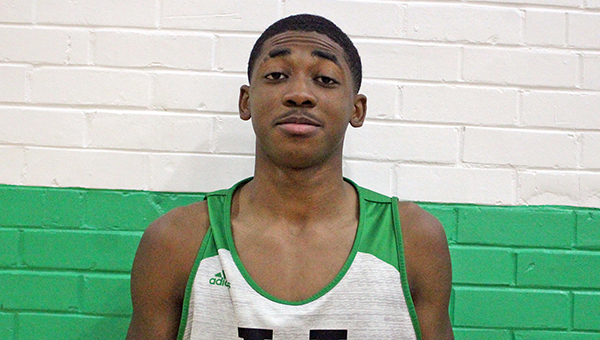 Vicksburg High's Davian Williams scored 12 points in a 66-61 victory over McComb on Friday.

The Vicksburg Gators showed off some depth in their lineup and got back in the win column Friday.

Ten players scored, led by Malik Franklin with 13 points and Davian Williams with 12, as Vicksburg edged past McComb 66-61 in the boys’ half of a basketball doubleheader.

Franklin scored 10 of his 13 points in the second half. The Gators went 9-for-13 from the free throw line in the fourth quarter.

Jaylin Jackson and Tyler Henderson added nine points apiece for the Gators (11-1), who bounced back after falling to Yazoo City on Tuesday to snap a 10-game winning streak.

Selby had seven rebounds and three assists to go along with his point total. Ty Mack backed him up with 18 points and six rebounds, while Noah Porter totaled eight points and eight assists.

Chase Hearn finished with four points and seven rebounds for the Eagles (6-3, 3-1 MAIS District 3-3A).

Vicksburg (10-3) held McComb to only three points in the first quarter, and eventually built a 21-point lead by the end of the third.

Layla Carter scored 10 points for Vicksburg, and Jelisa Tyler had nine points and six rebounds. The Missy Gators shot 47 percent (25-for-53) from the field overall, despite being just 3-for-19 from 3-point range.

Sariah Magee led McComb with 18 points, including eight in the fourth quarter.

The Lady Eagles only have five varsity players on the roster and were without leading scorer Tiara Sims. Sims had to sit out Friday’s game following her ejection from Thursday’s contest against Benton Academy. Seven junior varsity players added depth to the lineup, but were limited to two quarters apiece in the varsity game because of MAIS rules.

Walton picked up the slack by making 9 of 15 free throw attempts and contributing five rebounds as well.