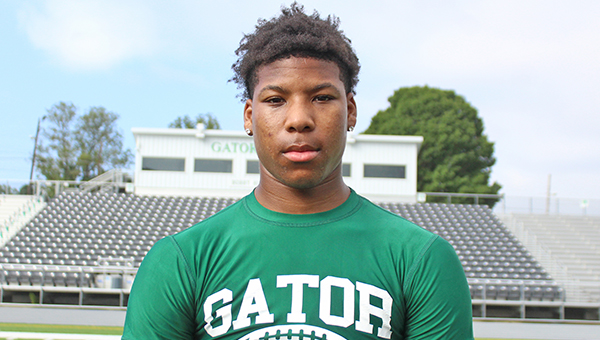 MOBILE, Ala. — A late offensive flurry broke up a defensive showcase in the Mississippi-Alabama Football All-Star Game on Saturday.

The Alabama all-stars scored two touchdowns in the last nine minutes, including the game-winner on a 16-yard pass from Christopher Vizzina to Davion Dozier with 2:35 remaining, to beat Mississippi 14-10 in Mobile.

Alabama won for the third year in a row, and leads the series 25-11.

Thompson High School defensive tackle Peter Woods, a Clemson commit, was the game’s MVP. He had eight tackles, two sacks, and seven tackles for loss. The 6-foot-3, 270-pounder also ran the ball twice out of the wildcat formation.

Raleigh’s Suntarine Perkins was the MVP for Mississippi. He totaled 10 tackles to lead a defense that was sharp until the game’s final moments.

Vicksburg High cornerback Jeleel Fleming was also a standout for Mississippi. He had an interception and a fumble recovery, to go along with two tackles and one pass breakup.
Another Gator, defensive end Caleb Bryant, had two solo tackles and one-half tackle for loss.

Vicksburg defensive back J.D. Kelly was selected to play in the game, but did not because of an injury. VHS head coach Todd McDaniel was on the Mississippi staff as an assistant.

Ocean Springs’ Bart Edmiston Jr. kicked a 35-yard field goal in the first quarter, and South Panola running back D’Marium Perteet ripped off a 52-yard touchdown run early in the third to put Mississippi ahead 10-0.

Alabama’s comeback started when it got the ball back a minute into the fourth quarter. Earl Woods completed a 36-yard pass to Kameran Shanks to the Mississippi 6-yard line and then ran it in from 4 two plays later for Alabama’s first points of the game.

Edmiston missed a 38-yard field goal on Mississippi’s next possession, and Alabama got the ball back with 3:55 to go. Shanks caught another long pass, for 33 yards, to move the ball to the Mississippi 21. Three plays later, Vizzina threw a 16-yard TD to Dozier to put Alabama ahead 14-10 after the PAT.

On the first play of Mississippi’s next possession, Alabama’s T.J. Metcalf intercepted a pass to give his team the ball right back. Alabama picked up one first down on a long run inside the 10-yard line and was able to run out the clock.

Perteet led Mississippi’s offensive with 87 rushing yards and the one touchdown on six carries. Picayune’s Dante Dowdell had a team-high 14 carries, but only 30 yards.

The Mississippi All-Stars finished with just 189 yards of total offense. Alabama had 209 and committed four turnovers.