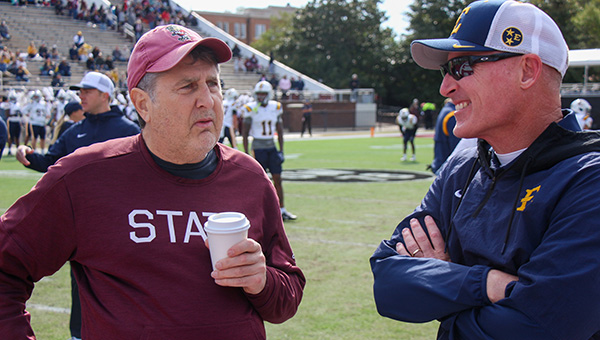 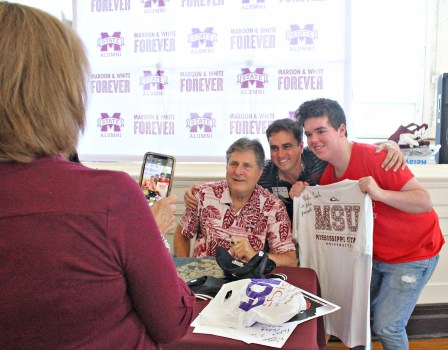 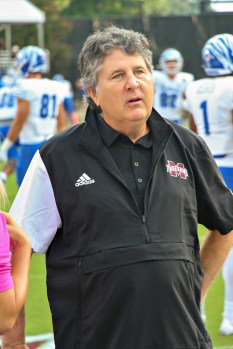 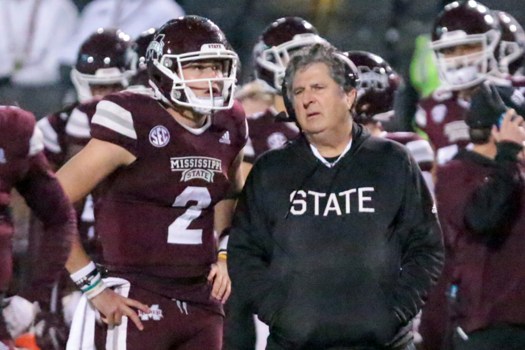 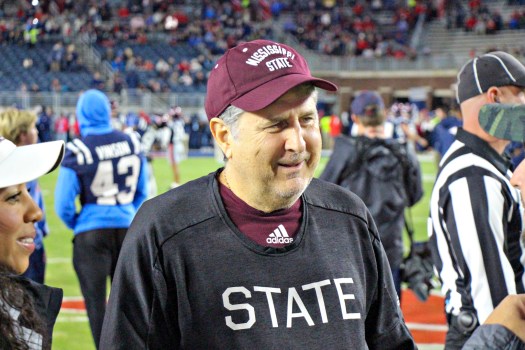 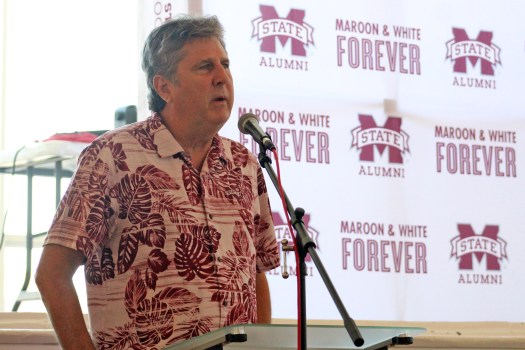 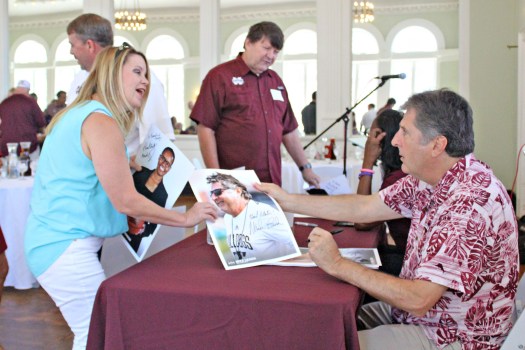 JACKSON (AP) — Mike Leach, the gruff, pioneering and unfiltered college football coach who helped revolutionize the game with the Air Raid offense, has died following complications from a heart condition, Mississippi State said Tuesday. He was 61.

Leach, who was in his third season as head coach at Mississippi State, fell ill Sunday at his home in Starkville, Mississippi. He was treated at a local hospital before being airlifted to University of Mississippi Medical Center in Jackson, about 120 miles away. He died Monday night.

“Mike was a giving and attentive husband, father and grandfather. He was able to participate in organ donation at UMMC as a final act of charity,” the family said in a statement issued by Mississippi State. “We are supported and uplifted by the outpouring of love and prayers from family, friends, Mississippi State University, the hospital staff, and football fans around the world. Thank you for sharing in the joy of our beloved husband and father’s life.”

In 21 seasons as a head coach at Texas Tech, Washington State and Mississippi State, Leach went 158-107.

Leach fought through a bout with pneumonia late in this season, coughing uncontrollably at times during news conferences, but seemed to be improving, according to those who worked with him.

News of him falling gravely ill swept through college football the past few days and left many who knew him stunned, hoping and praying for Leach’s recovery under grim circumstances.

His impact on all levels of football — from high school to the NFL — over the last two decades runs deep and will continue for years to come.

“Mike’s keen intellect and unvarnished candor made him one of the nation’s true coaching legends,” Mississippi State President Mark Keenum said. “His passing brings great sadness to our university, to the Southeastern Conference, and to all who loved college football. I will miss Mike’s profound curiosity, his honesty, and his wide-open approach to pursuing excellence in all things.”

Leach was known for his pass-happy offense, wide-ranging interests — he wrote a book about Native American leader Geronimo, had a passion for pirates and taught a class about insurgent warfare — and rambling, off-the-cuff news conferences.

An interview with Leach was as likely to veer off into politics, wedding planning or hypothetical mascot fights as it was to stick to football. He considered Donald Trump a friend before the billionaire businessman ran for president and then campaigned for him in 2016.

He traveled all over the world and his curiosity knew no bounds. He most appreciated those who stepped outside of their expertise.

“One of the biggest things I admire about Michael Jordan, he got condemned a lot for playing baseball. I completely admired that,” Leach told The Associated Press last spring. “I mean, you’re gonna be dead in 100 years anyway. You’ve mastered basketball and you’re gonna go try to master something else, and stick your neck out and you’re not afraid to do it, and know that a lot of people are gonna be watching you while you do it. I thought it was awesome.”

Leach’s teams were consistent winners at programs where success did not come easy. And his quarterbacks put up massive passing statistics, running a relatively simple offense called the Air Raid that he did not invent but certainly mastered.

As much as Leach enjoyed digging into topics other than football, he was excellent at the X’s and O’s.

Six of the 20 best passing seasons in major college football history were by quarterbacks who played for Leach, including four of the top six.

Calling plays from a folded piece of paper smaller than an index card, Leach turned passers such as B.J. Symons (448.7 yards per game), Graham Harrell (438.8), Connor Halliday (430.3) and Anthony Gordon (429.2) into record-setters and Heisman Trophy contenders.

Leach also had a penchant for butting heads with authority, and he wasn’t shy about criticizing players he felt were not playing with enough toughness.

A convergence of those traits cost Leach his first head coaching job. He went 84-43 with the Red Raiders, never having a losing season at the Big 12 school and reaching No. 2 in the country in 2008 with a team that went 11-2 and matched a school record for victories.

But he was fired by Texas Tech in December 2009 after being accused of mistreating a player, Adam James — the son of former ESPN announcer and NFL player Craig James — who had suffered a concussion.

He clashed with his bosses instead of apologizing for the conflict, and eventually sued Texas Tech for wrongful termination. The school was protected by state law, but Leach never stopped trying to fight that case. He also filed a lawsuit against ESPN and Craig James that was later dismissed.

Leach was out of coaching for two seasons. He and his wife, Sharon, bought a home in Key West, Florida, where he spent time riding his bike around town and knocking back drinks at the local bars.

He returned to coaching but never gave up that beloved home in the Keys.

Leach landed in the Pac-12 at Washington State in 2012. After three losing seasons, the Cougars soon looked very much like his Texas Tech teams. In 2018, Washington State went 11-2, setting a school record for victories, and was ranked as high as No. 7 in the country.

Leach moved to the Southeastern Conference in 2020, taking over at Mississippi State.

After years of questions about whether Leach’s spread offense could be successful in the nation’s most talented football conference, the Bulldogs set an SEC record for yards passing in his very first game against defending national champion LSU.

Born March 9, 1961, in tiny Susanville, California, Leach grew up in even smaller Cody, Wyoming. Raised as a member of The Church of Jesus Christ of Latter-day Saints, he attended BYU and later got a law degree from Pepperdine.

“It was hard for me when I was in college, narrowing down what to study,” Leach told the AP.

Leach didn’t play college football, but watching the innovative passing attack used by then-Cougars coach LaVell Edwards at a time when most teams were still run-heavy piqued his interest in drawing up plays.

In 1987, he broke into college coaching at Cal Poly, but it was at Iowa Wesleyan where he found his muse. Head coach Hal Mumme had invented the Air Raid while coaching high school in Texas. At Iowa Wesleyan, with Leach as offensive coordinator, it began to take hold and fundamentally change the way football was played.

Leach followed Mumme to Valdosta State and then to the SEC at Kentucky, smashing passing records along the way. He spent one season as Oklahoma’s offensive coordinator in 1999 before getting his own program at Texas Tech.

From there, the Air Raid spread like wild fire and became the predominant way offense was run in the Big 12.

“Coach — You will certainly be missed, but your impact on so many will live on — Thankful for every moment. You changed my life and so many others,” Riley posted on Twitter.

This past season, Leach’s Mississippi State team finished 8-4, including a 24-22 victory Thanksgiving night over Mississippi in the intense rivalry known as the Egg Bowl. It was his final game.

Leach is survived by his wife and four children, Janeen, Kimberly, Cody and Kiersten.