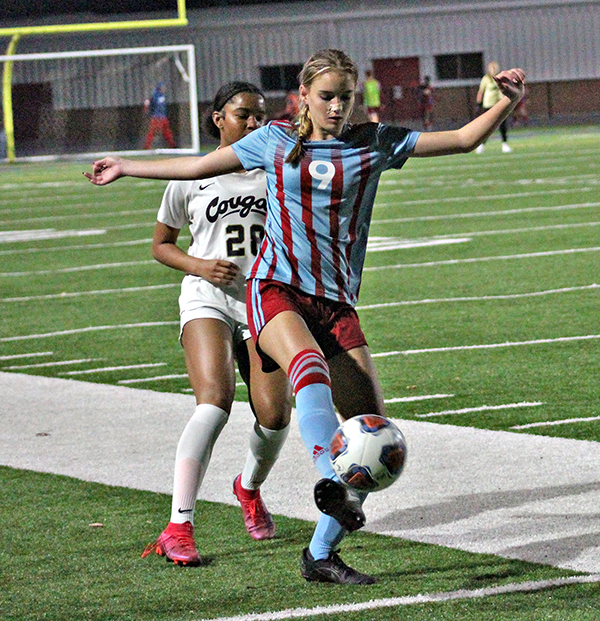 Warren Central’s girls soccer team hit the halfway point of its season with five losses by either one or to goals.

Those, coach Jeremy Lawrence said, are easy to swallow. It’s the ones like Tuesday night’s that are much more troubling.

K.K. Morris had three goals and an assist, and Allie Sifford and Jayden Newman each had one goal and two assists, as Northwest Rankin crushed Warren Central 7-0.

Zoe Brown and Grace Harmon also scored for Northwest Rankin (7-1-4, 2-0 MHSAA Region 5-6A). The game was over in 50 minutes, the minimum under soccer’s mercy rules.

“Most of our losses have been really close games. Those, I don’t worry about. It’s these,” Lawrence said. “Nothing against Northwest Rankin, I just think we could have played a lot better against them. We had moments where we had opportunities and couldn’t capitalize on them, and then we let little easy things go. If you let the easy goals go, you’re going to lose for sure.”

Warren Central (4-9, 1-2) is off until Jan. 6, when it hosts Germantown to start a five-game sprint to the end of the regular season two weeks later.

Between now and then, Lawrence said, the Lady Vikes need to make some adjustments. They’re heading into the holiday break having lost four of their last five games. Two of the defeats have been by one goal, but the other two were both 7-0 mercy rule losses to state powers Brandon and Northwest Rankin.

“We’ve been doing a little tweak here and a little tweak there to see if we can’t fix it. We think we’ve gotten a few defensive issues fixed, and now it’s shifted to a different part of the field,” Lawrence said. “I’ve got some ideas but it’s probably going to take something more dramatic than moving this person. It’ll probably be a full formation change.”

The good news for the Lady Vikes is that they are in a good position to at least qualify for the Class 6A playoffs. Their one victory in their recent slump was an 8-1 rout of region rival Terry.

They also lost just 2-1 to Pearl, which is not an insurmountable goal differential to overcome when the teams play again Jan. 13. Beating Terry again in January would put Warren Central in the playoffs, and winning at Pearl could get them into second place.

Warren Central’s girls’ team has not qualified for the playoffs since the 2018-19 season.

“The good news is, as long as we beat Terry when we come back we should go to the playoffs. That would be the first time since 2018, so that’s good,” Lawrence said. “We just need to fix our midfield problems. We’ve got a lot of issues where we’re not picking up marks correctly and not able to transition the way we need to. We need to go back to the drawing board a little bit and fix those small issues.”