LOOKING BACK: A tale of the Jackson Street YMCA and the lady who made it possible 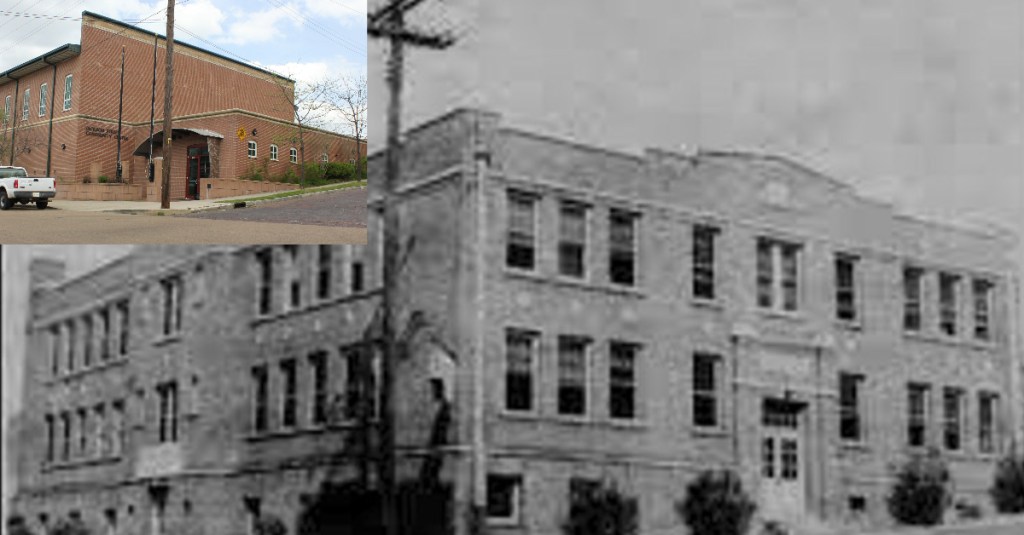 In July 1919, a meeting was held to announce that the state YMCA had granted a charter to Vicksburg.

Built on the northeast corner of Jackson and Walnut streets, the Jackson Street YMCA was designed by William Stanton, a well-known local architect, and built in 1924 for Vicksburg’s African American population. The $165,000 cost was donated by Fannie Willis Johnson.

Johnson was perhaps Vicksburg’s most generous philanthropist. She donated substantially to the Salvation Army, paid for a high school athletic field, donated a lot in South Vicksburg for a grammar school and money to build the building, paid for playgrounds in the city, donated construction funds for a church for St. Mary’s Episcopal, gave large gifts to All Saints’ College for operations and buildings, made contributions to churches in Vicksburg other than her own, assisted boys and girls with college expenses, made contributions to the support of the needy and assisted in the education of ministers, made substantial contributions to foreign mission work, contributed to the building of YMCAs in college centers in other cities in Mississippi and made many other gifts. She was particularly interested in youth and old people and gave her fortune for the welfare of both of these groups.

Johnson was born at the plantation home of her grandfather (Benjamin Ricks) about nine miles from Canton, Miss. on Dec. 3, 1855. She was the third of seven children born to her parents, John and Annie Ricks Willis. Her childhood was spent in her parents’ home in Vicksburg, except for three years during the Civil War, when her father moved the family to his plantation home, “Lintonia,” outside of Yazoo City. After the war, Capt. Willis moved his family back to Vicksburg and Fannie lived here until she was 15. Five of her brothers and sisters had died by this time, and her mother took Fannie and her brother St. John to Patapsco Institute near Baltimore.

She graduated with first honors when she was 18, and six years later was married in Christ Church in Vicksburg on May 3, 1881, to Junius Ward Johnson of Kentucky. They then moved to St. Louis to live, where Mr. Johnson was engaged in business. In 1894, they moved to Panther Burn, where they resided for three years. In 1897, Mr. Johnson accepted a position as manager of the oil mill in Yazoo City and the couple lived there until the death of her mother in 1901, after which they moved to Panther Burn to live with her father so that Mr. Johnson to help run the plantation.

Fannie’s husband, Junius, was killed when the house collapsed on him. The tornado also killed at least four African Americans living in cabins on the plantation and injured more than 40 people in the area.

The Vicksburg Post reported that the only other person in the Johnson residence at the time when the tornado struck was Mr. Johnson’s bookkeeper, Mr. Payne.

“’The floor opened up,’ he said, ‘and I fell through somewhere.’ He cannot account for his escape. He was in the bathroom, undressed, when the house seemed to lift up and be carried away, leaving him in the fields.”

Thereafter, until her death in 1931, Fannie Johnson used her vast wealth to help multitudes of people. For a number of years before her death, she maintained a home for aged protestant ladies in her own home on Drummond Street.

The Jackson Street YMCA was said to be the largest and finest African American YMCA in the state, featuring a gymnasium, auditorium, swimming pool, playground and residence rooms.

In the 1940s, Robert J. Jefferson wrote articles in the Pittsburgh (PA) Courier highlighting activities that took place in the building. These included meetings of the Seventh District of the Mississippi Beauty Culturists Association, the Tyner Ford Post 213 American Legion and other local associations.

He also wrote that the YMCA sponsored softball teams who played against local high school teams. On Sept. 2, 1949, the YMCA hosted a gala lawn party for kids, serving 1,000 hotdogs and 500 soft drinks.

In the 1960s, the building housed the Child Development Group of Mississippi, the forerunner of Head Start. The building was demolished in 1998 and the Jackson Street Community Center, later named for former Alderman Gertrude Young, was built on the lot by the city of Vicksburg.