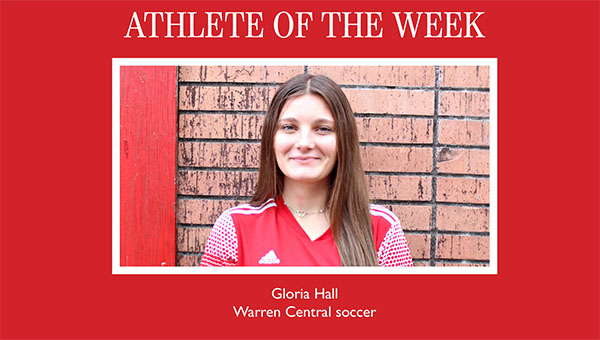 Gloria Hall had a hat trick, then pulled off a neat trick by winning The Vicksburg Post’s final Athlete of the Week award of 2022.

Hall prevailed in an online poll by The Vicksburg Post’s readers, with the top three separated by just 20 votes.

Hall, a junior with Warren Central’s girls’ soccer team, scored three goals in an 8-1 rout of Terry on Dec. 6. It was the first MHSAA Region 5-6A victory of the season for the Lady Vikes and snapped a two-game losing streak.

Congratulations to Gloria and the other nominees, and thank you to our readers for making the Athlete of the Week contest a success so far. A total of 11,059 votes have been cast since the weekly poll began in September.

The Athlete of the Week contest will go on hiatus for the holiday break and return in January. We look forward to once again honoring the best local athletes each week in our print edition and at vicksburgpost.com.