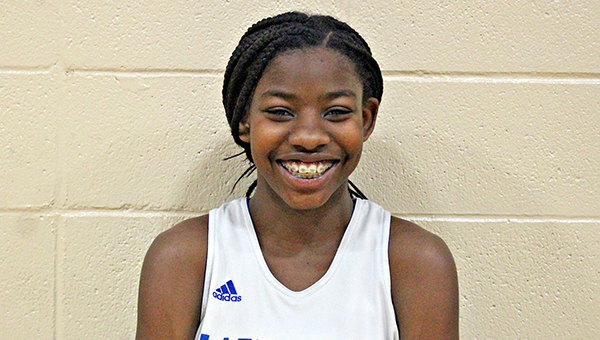 The Warren Central Lady Vikes are headed into Christmas on a high note.

Jae’la Smith scored eight of her game-high 20 points in the second quarter, when Warren Central took control of the game on its way to a 55-42 girls’ basketball victory over Murrah on Friday.

Warren Central outscored Murrah 21-4 in the second quarter to take a 36-12 lead into halftime. Kayleigh Karel made three 3-pointers in the period and finished with 15 points in the game.

Zion Harvey also had 12 points for the Lady Vikes (7-5), who won for the third time in four games.

Murrah outscored Warren Central 36-19 in the second half but never recovered from the bad second quarter. Tyteeaina Cox led the Lady Mustangs with 16 points and Kamren Edwards scored 15.

Warren Central won’t play again until Dec. 26, in the Jackson Public Schools Tournament. The Lady Vikes face Callaway at 1:30 p.m. on Dec. 27 and Provine on Dec. 27 at noon Both games are at Lanier High School in Jackson.

Boys
Murrah 39, Warren Central 37
Javin Cooper rebounded his own missed 3-pointer and made a floater in the lane as time expired to give Murrah the win over Warren Central in Friday’s boys’ game.

Cooper finished with seven points, while Courterius Scott had 15 to lead Murrah.

Warren Central is off until Dec. 27, when it plays in the Jackson Public Schools Tournament. The Vikings face Gentry at 1:30 p.m. on Dec. 27 and Lanier on Dec. 28 at 3 p.m. Both games are at Lanier High School in Jackson.

Cathedral 48, St. Aloysius 46
Kaden Batiste scored nine of his 24 points in the fourth quarter as Cathedral edged St. Aloysius in a matchup of Catholic school rivals.

Ahmad Stewart and Will Keen finished with 11 points apiece to lead St. Al, while Carson Henderson and Korey Simms each scored six.

St. Al had a chance to tie or win in the final seconds, but committed a turnover on it last possession.

The Flashes play at Greenville Christian Saturday at 2 p.m., and then close out the 2022 portion of their schedule Tuesday at 6 p.m. with a road trip to Jackson to play the Mississippi School for the Deaf.