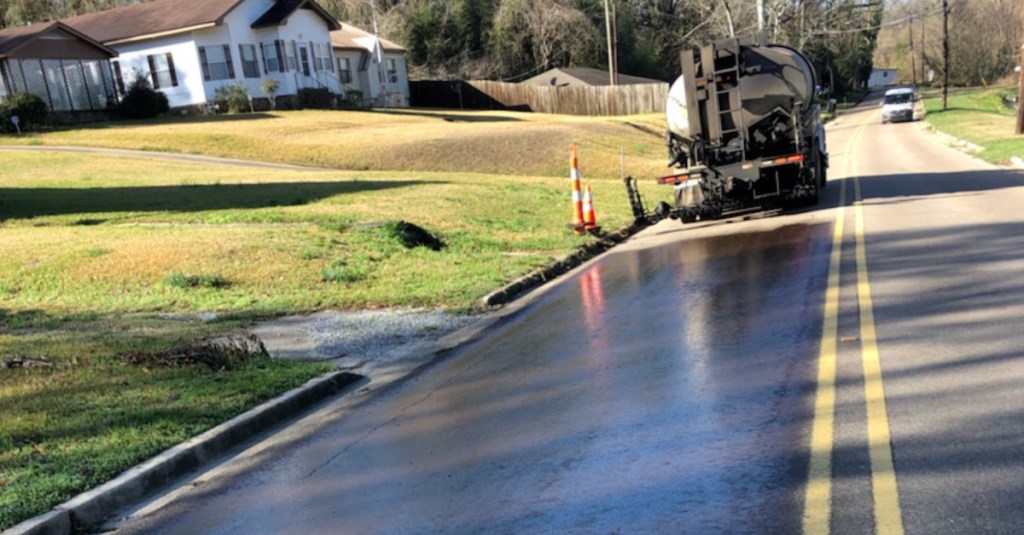 Reclamite, a material designed to extend the life of asphalt after paving, covers a section of Sky Farm Avenue during a demonstration on Thursday. (Photo Courtesy of Dane Lovell)

“They had a product called CRF, which is for older streets with cracks and other problems in it,” Lovell said. “They put a sealant on it and then they put on a fine aggregate or sand in it and let the traffic run over it. Basically, what it does is bring the street back to life and helps fill the crack and slow the deterioration of it.”

The other demonstration involved a substance called Reclamite, which is put on newly paved streets 1-3 years after they are paved to extend the life of the new paving.

Ward 1 Alderman Michael Mayfield said the materials were being tested to determine their ability to protect city streets from cracking and breaking from long periods of rainfall.

There is also tracking, or moving, water that affects the pavement, he said.

“If we could get it sealed good where we don’t have so much tracking or where water stays in the area, this would make a tremendous difference in what it would cost us to pave,” Mayfield said.

If the tests indicate the materials will protect and extend the life of the streets, “We can allocate money for paving and allocate enough to have them sealed at the same time,” Mayfield said.