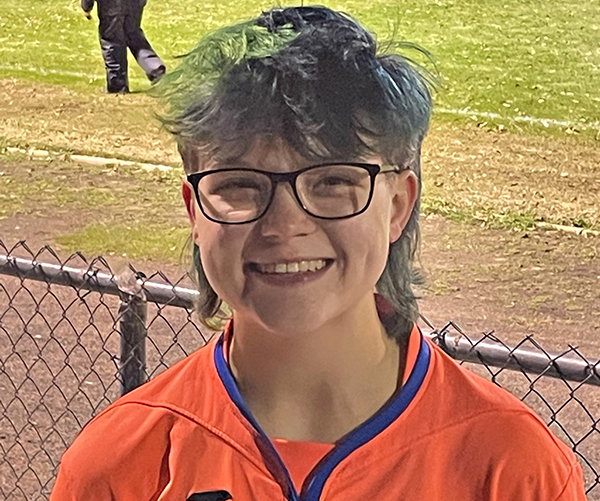 Vicksburg High soccer goal keeper Ava Pritchard made eight saves, including one on a penalty kick late in the second half, as the Missy Gators defeated Cleveland Central 1-0 on Friday.

Vicksburg High’s girls’ soccer team closed the book on 2022 by closing in on a championship.

Amari Johnson scored the game’s only goal on a penalty kick, and keeper Ava Pritchard stopped a penalty kick late in the second half as the Missy Gators beat Cleveland Central 1-0 on Friday.

With the victory, Vicksburg (7-3-2, 4-0 MHSAA Region 3-5A) all but clinched its fourth consecutive region championship. It still has two region games remaining, but Friday’s win gave it a two-game lead on second-place Cleveland Central as well as the season sweep and head-to-head tiebreaker.

The Missy Gators can officially clinch the title by beating Greenville — a team it routed 6-0 last week — on Jan. 10 in Greenville.

Friday’s game was Vicksburg’s last one before New Year’s, and also one of its toughest tests. It was scoreless until the 59th minute, when Trinity McGloster fed a pass from the top of the box toward Johnson, who was streaking in from the left side. Johnson was fouled hard while making her run and awarded a penalty kick.

Johnson went low to the left side with her PK. Cleveland Central’s keeper dove and deflected it, but it banged off the inside of the post and back into the net to put the Missy Gators ahead 1-0.

Cleveland Central had the chance to return the favor in the 77th minute. Mia Luciano was fouled on a run, just as she entered top right corner of the box and awarded a penalty kick.

Riley Rocconi took the penalty kick, but fired it right into Pritchard’s arms in the middle of the net. The Vicksburg keeper juggled it, then controlled it, to end the threat and the Missy Gators held on for the victory over the final few minutes.

Pritchard also had a save in 55th minute on a 20-yard free kick by Rocconi. Pritchard finished the game with eight saves.