Buys seeks out a fresh start with South Alabama 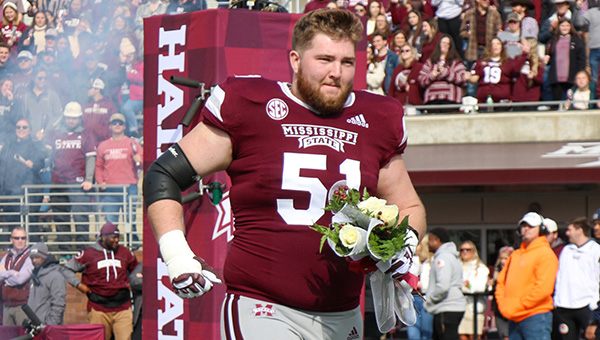 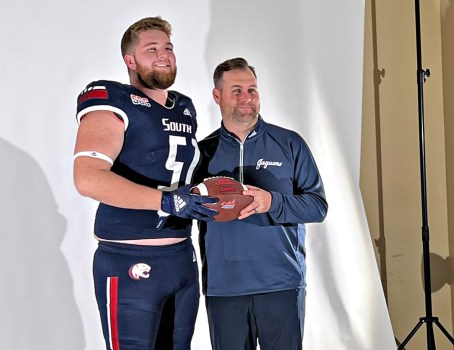 Growing up, Reed Buys dreamed of playing football in the Southeastern Conference.

After a lot of twists and turns it finally happened. With a bucket list item checked, however, Buys is going to chase another dream somewhere else.

The Vicksburg native announced earlier this month that he was leaving Mississippi State to enter the transfer portal. The other side opened this week in Mobile, when he committed to South Alabama.

Buys won’t officially join South Alabama’s football team until the spring semester starts in January, but the university announced the move on social media and Buys is fired up to join a program on the rise.

“It’s a pretty good feeling trying to get a fresh start. I just want to go down there and hopefully be a leader to the guys, work hard with everybody, and feed in to everybody,” Buys said. “Leaving State was hard. But I’m excited to go and bore into another program.”

He signed with Jones College in February 2019, with a handshake agreement with then-coach Joe Moorhead that he would transfer to Mississippi State the following year. Both of their stocks quickly dropped, however.

Buys was injured during the 2019 season, and Moorhead was fired immediately after Mississippi State’s loss to Louisville in the Liberty Bowl.

He finally got an offer in May 2020 and transferred to Mississippi State, but things never quite clicked in Starkville.

Buys redshirted in 2020, only played in two games in 2021, and did not play at all in 2022. He missed nearly a month of practice this season because of a knee injury. Buys also received his bachelor’s degree in business administration in December, and decided it was time to seek out greener pastures.

“I’d been there for three years, I was graduating, and I felt like I didn’t really get enough playing time,” said Buys, who graduated from Mississippi State in only three years. “I just felt like it was a good move to try it. Just make the move to finish out two more years and get more playing time.”

Buys added that giving up his dream of SEC stardom was difficult, but he’d reached a point in his life and football career where making the final decision to leave Starkville was easy.

“Pretty tough. But I really enjoyed my time at State. I felt it was a blessing to go there, especially to play under Coach (Mike) Leach. I’m heartbroken at his passing away. I had good experiences there. I played and I fulfilled my dream,” Buys said. “It wasn’t too hard, the decision. It was a comforting decision now that I did what I wanted to do. I achieved a dream of mine. Now I felt like it was time for the next chapter in my life.”

Not long after he entered the portal, Buys was contacted by South Alabama assistant coach Dwike Wilson. The fellow Warren Central alum is also South Alabama’s recruiting coordinator, and had recruited Buys to Jones College in 2019.

South Alabama had a need for a center and a versatile lineman — Buys had played every position on the line at Mississippi State — and Buys had need of a new home. He took a visit to Mobile and liked what he saw.
South Alabama has a 10-2 record this season, and will play Western Kentucky (8-5) in the New Orleans Bowl on Dec. 21.

South Alabama is in its second season under head coach Kane Wommack and will finish with its first winning record since the program was started in 2012. This is its third bowl appearance.

“It’s a real good culture down there. They were 10-2 this year and have got a lot of starters coming back,” Buys said. “I think they’re going to go for a run next year and it’s just a good, hard-working team. I’m excited to be a part of that.”

And, ideally, he’ll be a much bigger piece of the puzzle at South Alabama than he was at Mississippi State. Starting center James Jackson, a sixth-year senior, is on his way out, so Buys has a chance to play right away.

Buys has two years of eligibility remaining and could become a key cog on South Alabama’s offensive line for the remainder of his college career.

He’s not taking anything for granted, though.