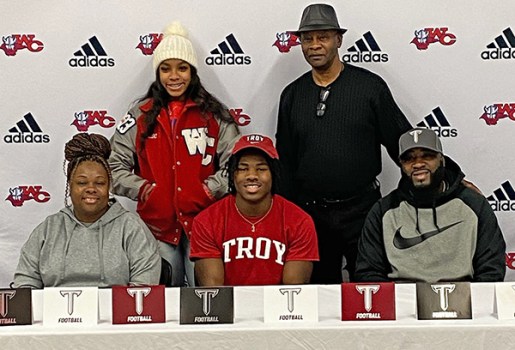 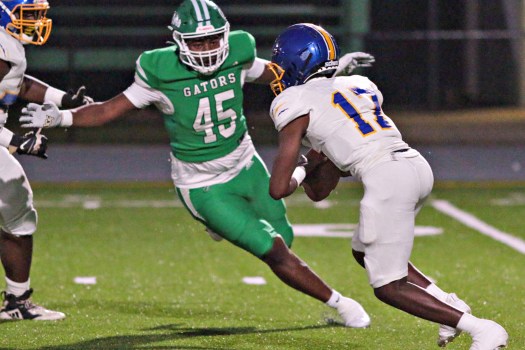 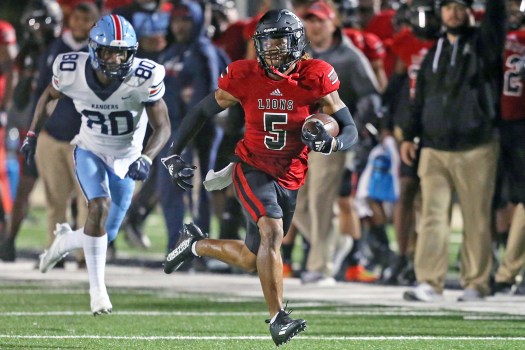 T.J. Thompson still has no idea, a month later, how the coaches at Troy got his number. He’s just glad they did.

Thompson, a former Warren Central football star who played the 2022 season at East Central Community College, signed with Troy on Wednesday. It was the first day players were allowed to sign during the NCAA’s December signing period.

“It’s amazing. Going what I had to go through, going the juco route, the time was very quick but I’m just grateful to get the opportunity that’s in my hands right now,” Thompson said.

Thompson played running back exclusively at Warren Central, and was quite good at it. He ran for 1,053 yards and 10 touchdowns as a senior in 2021.

After signing with East Central, however, he switched over to defense and continued to excel. While playing linebacker he led the Warriors with 87 total tackles, along with 5.5 tackles for loss and two forced fumbles.

“The last time I played linebacker was when I was little. I didn’t get what I wanted out of high school so I made the change,” he said. “I got the feel back to play linebacker. I came in, played good, worked hard, and earned my respect. First year and I got a DI offer. I’m just blessed.”

Thompson had offers from Old Dominion and Tarleton State, but the first contact from Troy came out of the blue. He said he still isn’t sure how the coaching staff found out about him.

“To be honest, I have no idea,” he said. “I was going back to school one Sunday and the linebackers coach texted me. It just went from zero to 100. They offered me over Thanksgiving break. I asked him how they found me and he just said, ‘I have my ways.’ I’m just thankful they did.”

From that first contact in late November to putting pen to paper a month later, Thompson said it has been a fun ride that he’s looking forward to continuing.

“It’s amazing. I’ve prayed for times like this,” Thompson said. “I appreciate everybody at Warren Central, and I wanted to thank East Central and my family, and God.”

Thompson was one of several football players from Warren County to sign with four-year schools on national signing day:

Bryant had 18 sacks and 37 tackles for loss over the past two seasons. The 6-foot-4, 250-pounder was a first-team Class 5A All-State selection and ranked among the top 10 overall prospects in Mississippi in this year’s signing class.

Sullivan, a cornerback, had 55 tackles for East Mississippi, along with four interceptions. He returned one interception for a touchdown and earned second-team All-MACCC honors.

• Jaylin Thompson, a former Warren Central standout, signed with Mississippi College after playing last season at East Central Community College. The sophomore defensive back was an All-MACCC selection after totaling 39 tackles and two interceptions, including one he returned for a touchdown.

• Vicksburg High defensive back J.D. Kelly signed with Alcorn State. Kelly was selected to the MHSAA Class 5A All-State first team, as well as the Mississippi-Alabama All-Star Game. He had 26 tackles and seven pass breakups this season.