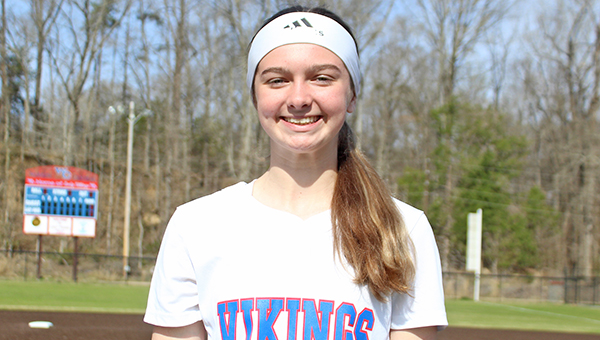 Warren Central basketball player Kayleigh Karel scored 10 points in a 60-7 victory over Provine at the JPS Christmas Tournament on Tuesday.

Warren Central flirted with one of the rarest of basketball feats on Tuesday, before settling for a lopsided victory.

The Lady Vikes shut out Provine through the first three quarters in their opening game of the Jackson Public Schools Christmas Tournament and then cruised home to a 60-7 victory.

Warren Central led 45-0 at halftime and 54-0 at the end of the third quarter. The entire second half was played with a running clock. Aaliyah Brent scored five of Provine’s seven points.

Warren Central won its third game in a row overall, and went 2-0 at the JPS Tournament. It beat Canton 46-44 on Monday.

Warren Central’s next game is Jan. 3 at 6 p.m., at home against Clinton. Its Region 6-6A opener is Jan. 6 vs. Pearl, also at home. Both games will be played at Warren Central Junior High School.